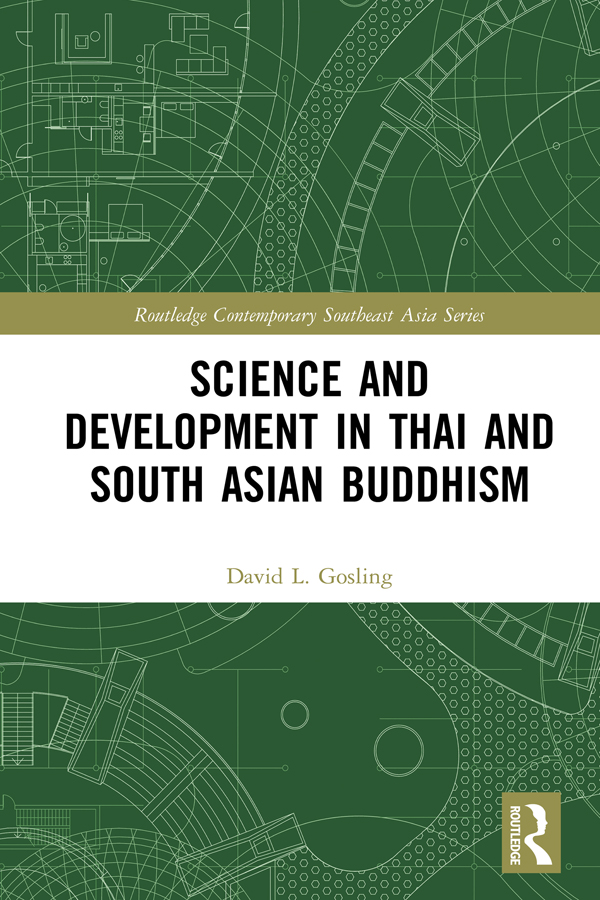 Science and Development in Thai and South Asian Buddhism

Becoming a Buddhist monk in Thailand has for a long time provided the opportunity for access to a good education and to social advancement, both to bright, poor rural youths and to members of the urban elite whose youth often become monks for a few months as a rite of passage into adulthood. Moreover, although women are not allowed to become fully fledged monks, recent developments have encouraged a special status akin to nuns for many devout Thai Buddhist women. All this has resulted in large numbers of well-educated, well-motivated Buddhist religious people, keen both to engage in religious contemplation and also determined to contribute to this-worldly social, economic, educational and medical development goals. This book, by a leading authority on the subject, considers the role of Thai Buddhist religious people in development within Thailand. It discusses how Thai Buddhism has evolved philosophically and in its organisation to allow this, examines various examples of Buddhist people's engagement in development projects, and assesses how the situation is likely to unfold going forward. In addition, the book considers the relationship between science and religion in Thai Buddhism and also some aspects of the parallel situation in Sri Lanka.

"David Gosling's Science and Development in Thai and South Asian Buddhism is a fundamental contribution to the scholarly understanding of patterns of Buddhist thinking and living across Southeast Asian locations, and especially in Thailand. Drawing on his immersive knowledge of Thai Buddhism and his scientific backgrounds, he sketches various vignettes of Buddhist life relating to the roles of lay nuns, lay women, and monks in programmes which skillfully interweave meditative practice with social engagement." - Ankur Barua, University of Cambridge

"David Gosling has already established a leading reputation as a scholar of the way South East Asian, especially Thai, Buddhist beliefs and values interact with everyday life in both rural and urban contexts. This book consolidates and enhances that reputation. His remarkable expertise, which uses both quantitative and qualitative criteria, takes in approaches from social anthropology, sociology, feminism, the history of ideas and religious studies to present a picture of Buddhism in transition over the last fifty years or so. Gosling’s work adds great significance to our understanding of Buddhism in the regions he studies." - Julius Lipner, Professor Emeritus in Hinduism and the Comparative Study of Religion, University of Cambridge, Fellow of the British Academy

David L. Gosling is a Life Member and former Spalding Fellow of Clare Hall, University of Cambridge. A Chartered Physicist, he was Director of Church and Society at the World Council of Churches in Geneva, and has published extensively on the interface between science and religion in Asia. He is the author of Religion and Ecology in India and Southeast Asia and Science and the Indian Tradition: When Einstein met Tagore (both Routledge).