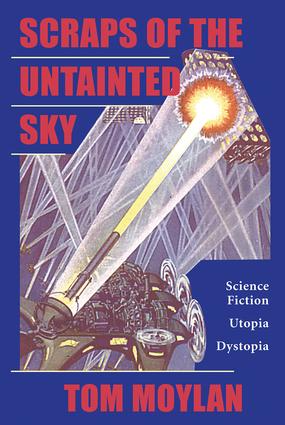 Scraps Of The Untainted Sky

Dystopian narrative is a product of the social ferment of the twentieth century. A hundred years of war, famine, disease, state terror, genocide, ecocide, and the depletion of humanity through the buying and selling of everyday life provided fertile ground for this fictive underside of the utopian imagination. From the classical works by E. M. Forster, Yevgeny Zamyatin, Aldous Huxley, George Orwell, and Margaret Atwood, through the new maps of hell in postwar science fiction, and most recently in the dystopian turn of the 1980s and 1990s, this narrative machine has produced challenging cognitive maps of the given historical situation by way of imaginary societies which are even worse than those that lie outside their authors' and readers' doors.In Scraps of the Untainted Sky , Tom Moylan offers a thorough investigation of the history and aesthetics of dystopia. To situate his study, Moylan sets out the methodological paradigm that developed within the interdisciplinary fields of science fiction studies and utopian studies as they grow out of the oppositional political culture of the 1960 and 1970s (the context that produced the project of cultural studies itself). He then presents a thorough account of the textual structure and formal operations of the dystopian text. From there, he focuses on the new science-fictional dystopias that emerged in the context of the economic, political, and cultural convulsions of the 1980s and 1990s, and he examines in detail three of these new "critical dystopias:" Kim Stanley Robinson's The Gold Coast, Octavia Butler's The Parable of the Sower , and Marge Piercy's He, She, and It .With its detailed, documented, and yet accessible presentation, Scraps of the Untainted Sky will be of interest to established scholars as well as students and general readers who are seeking an in-depth introduction to this important area of cultural production.