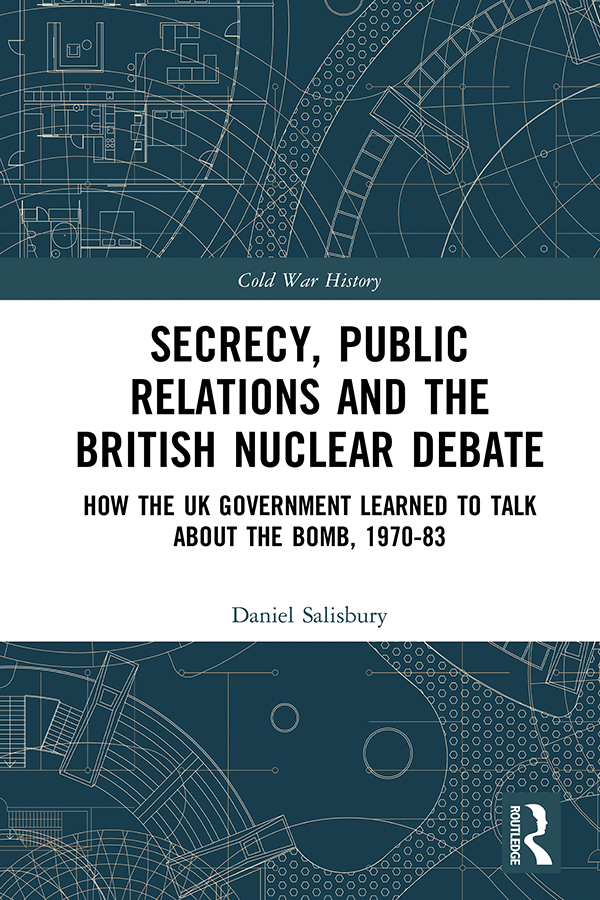 How the UK Government Learned to Talk about the Bomb, 1970-83, 1st Edition

This book constitutes an original archival history of government secrecy, public relations and the debate surrounding nuclear weapons in Britain from 1970 to 1983.

The book contrasts the secrecy and near-silence of the Heath, Wilson and Callaghan governments on nuclear issues in the 1970s with the increasingly vocal case made for the possession of nuclear weapons by the first Thatcher government following a shift in approach in 1980. This shift occurred against a background of rising Cold War tensions and a growing public nuclear debate in the UK. The book seeks to contextualise and explain this transformation, considering the role of party politics, structures and personalities inside the government, and external influences: notably the role of investigative journalists and think tanks in cracking open official secrecy and demanding justification for Britain’s possession of nuclear weapons, and the peace movement in driving increasingly assertive public relations from 1980. The book draws on material from archives and interviews with key figures involved to provide an original and engaging account. It argues that this process of opening up saw significant disclosure of nuclear policy for the first time, and the most extensive public justification of the British nuclear capability to date, which has shaped public understanding of British nuclear weapons into the twenty-first century.

This book will be of much interest to students of British politics, Cold War studies, nuclear politics and security studies.

8. Heseltine and "Showmanship": Facing Down the Peace Movement, 1983

Daniel Salisbury is a Research Fellow at the Centre for Science and Security Studies (CSSS) within the Department of War Studies at King’s College London, UK.