Secret Intelligence in the Twentieth Century 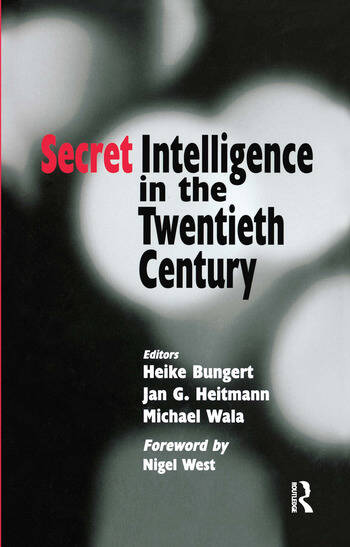 Secret Intelligence in the Twentieth Century

This work investigates the connection between intelligence history, domestic policy, military history and foreign relations in a time of increasing bureaucratization of the modern state. The issues of globalization of foreign relations and the development of modern communication are also discussed.

1. Military and Civil Intelligence Services in Germany from World War 1 to the End of the Weimar Republic 2. Unresolved Issues of World War 2: The records still closed and the open records not used 3. Ethnic Germans as an Instrument of German Intelligence Services in the USA, 1933-45 4. Pioneering Research and Analysis: The R&A branch of the Office of Strategic Services and its legacy 5. The Role of Covert Operations in US Cold War Foreign Policy 6. The WRINGER Project: German ex-POWs as intelligence sources on the Soviet Union 7. US Intelligence, COCOM and the Trade War during the Cold War, 1947-55: The French problem 8. "A New Apparatus is Established in the Eastern Zone": The foundation of the East German State Security Service 9. US Intelligence and the GDR: The early years 10. The CIA's Berlin Operations Base and the Summer of 1953 11. The Early History of the Gehlen Organization and its Influence on the Development of a National Security System in the Federal Republic of Germany 12. The KGB and Germany: Some thoughts by a participant in the events 13. Canada and the Intelligence Revolution