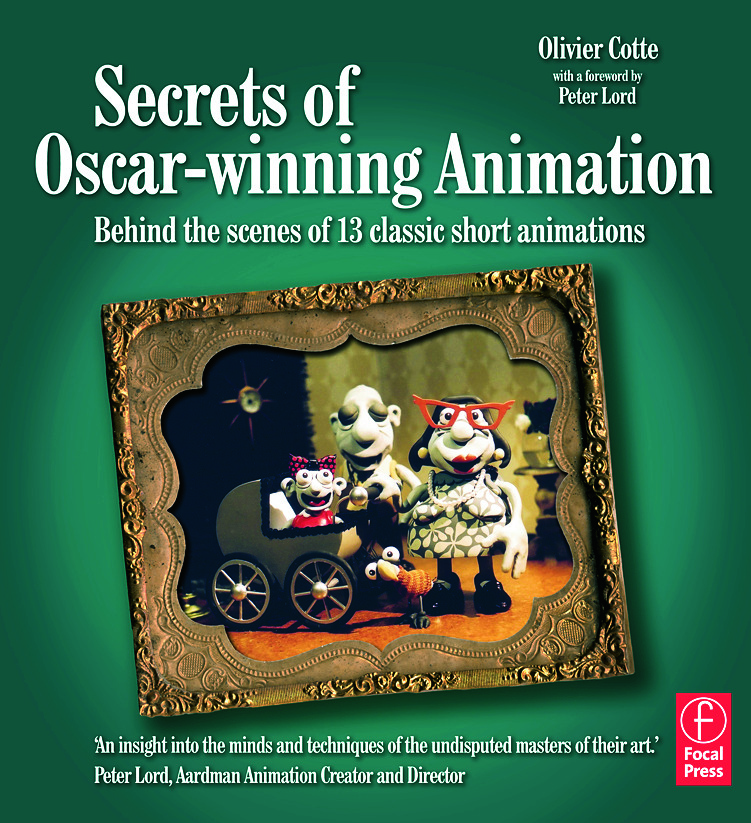 Behind the scenes of 13 classic short animations, 1st Edition

If you love animation then you're in for a treat! Olivier Cotte has gone behind-the-scenes of 13 of the greatest short animations ever made, interviewing the directors and close collaborators who made each one, to offer us a unique guide to classic techniques from the masters of their crafts. Packed with beautiful, instructive illustrations and previously unpublished material (including story-boards, photos and hand-drawn sketches) and interspersed with interviews - this is an exceptional source of inspiration and knowledge for animators, students and fans alike.Covering 13 winners of the Academy Award for Best Animated Short Film:Neighbours (Norman McLaren, Oscar 1952)Frank Film (Frank Mouris, Oscar 1973)Le Chateau de sable (Co Hoedman, Oscar 1977)The Fly (Ferenc Rofusz, Oscar 1980)Anna & Bella (Borge Ring, Oscar 1985)L'homme qui plantait des arbres (Frederic Back, Oscar 1987) Balance (Christoph and Wolfgang Lauenstein, Oscar 1989)Manipulation (Daniel Greaves, Oscar 1991)Mona Lisa descending a staircase (Joan C. Gratz, Oscar 1992)Quest (Tyron Montgomery, Oscar 1996)The Old Man of the Sea (Alexandre Petrov, Oscar 1999)Father and Daughter (Michael Dudok de Wit, Oscar 2000)Harvie Krumpet (Adam Elliot, Oscar 2003)

"Oliver Cotte's excellent new book, Secrets of Oscar-winning Animation, offers a chance to revisit 13 of these eclectic Oscar-winning shorts, through in-depth interviews and behind-the-scenes notes about the making of each mini masterpiece. Cotte does such a great job we kind of wish he had compiled a whole series of books about each and every animated short favored by old man Oscar." - Animation, September 2007

Olivier Cotte worked as an animation and computer artist for movies, and as a animation director between 1987 and 2002. He is a journalist, historian and animation teacher. He studied in fine art school and at the Sorbone and started making his first films at the age of fourteen. He collaborates as a journalist on numerous film animation and new digital tools magazines. He has written nine books on animation, of which one is a technical and historic world encyclopedia of animation "Il était une fois le dessin animé (Once Upon A Time.in Animation - 2001), two monographs about animation directors (David Ehrlich, Georges Schwizgebel) and has also translated a book on animation methods "The Animator's Survival Kit by Richard Williams into French. He also works with international animation festivals and major events in animation as a selection jury member and jury member and lecturer on animation history and teaches in several animation schools in France and around the world.