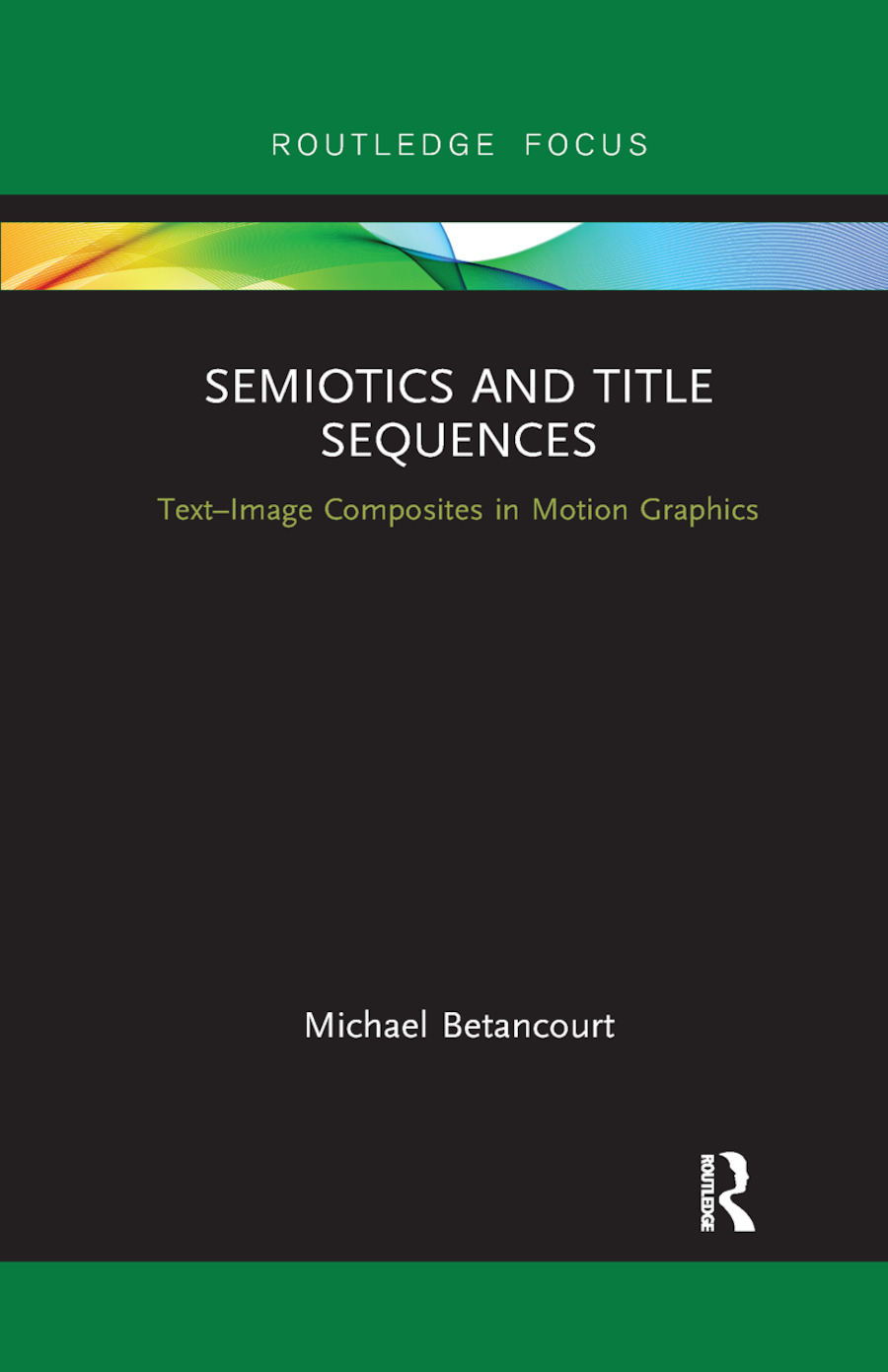 Title sequences are the most obvious place where photography and typography combine on-screen, yet they are also a commonly neglected part of film studies. Semiotics and Title Sequences presents the first theoretical model and historical consideration of how text and image combine to create meaning in title sequences for film and television, before extending its analysis to include subtitles, intertitles, and the narrative role for typography. Detailed close readings of classic films starting with The Cabinet of Dr. Caligari, and including To Kill A Mockingbird, Dr. Strangelove, and The Good, the Bad and the Ugly, along with designs from television programs such as Magnum P.I., Castle, and Vikings present a critical assessment of title sequences as both an independent art form and an introduction to the film that follows.

Michael Betancourt is a theorist, historian, and artist concerned with digital technology and capitalist ideology. He is the author of The ____________ Manifesto, The History of Motion Graphics, Beyond Spatial Montage, Glitch Art in Theory and Practice, and The Critique of Digital Capitalism. He has exhibited internationally, and his work has been translated into Chinese, French, German, Greek, Italian, Japanese, Persian, Portuguese, and Spanish, and published in journals such as The Atlantic, Make Magazine, CTheory, and Leonardo.