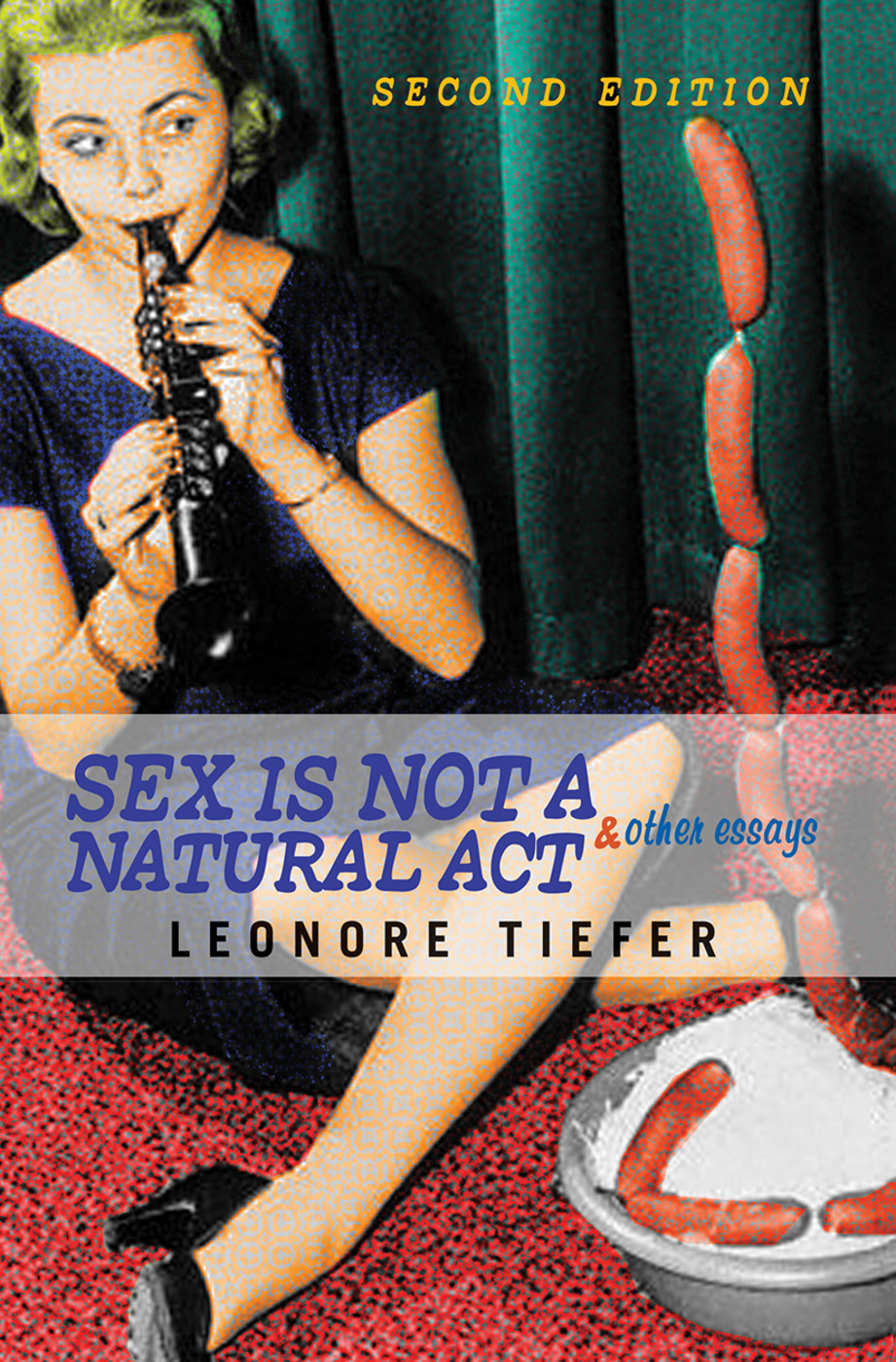 Sex Is Not A Natural Act & Other Essays

Revisits and updates the centrality of the social construction of sexuality, especially in the age of Viagra, FSD (female sexual dysfunction) and the media saturation of sex. Leonore Tiefer is one of the foremost sexologists working in the United States today; she is a well-known and respected scholar who writes engagingly and humorously about a wide array of topics in sexuality to appeal to both students and general readers. Revised and updated with new pieces on the medicalization of sex, FSD (female sexual dysfunction) and the politics of sex, as well as classic pieces found in the original edition, such as "Am I Normal?: The Question of Sex."

Credits , Introduction to the Second Edition: Good News and Bad News , Sex is not a Natural Act: Theme and Variations , "Am I Normal?" The Question of Sex , Social Constructionism and the Study of Human Sexuality , Sexual Biology and the Symbolism of the Natural , Historical, Scientific, Clinical, and Feminist Criticisms of "The Human Sexual Response Cycle" Model , Popular Writings on the Theme , Six Months at the Daily News , The Kiss , From Niagara to Viagra: Why it is so Hard to Just Talk About Sex , The Opposite of Sex , The Mcdonaldization of Sex , Doing the Viagra Tango: Sex Pill as Symbol and Substance , Feminism and Sexuality , An Activist in Sexology , Biological Politics (Read: Propaganda) is Alive and Well in Sexology , Gender and Meaning in the Nomenclature of Sexual Dysfunctions , Some Harms to Women of Restrictions on Sexually Related Expression , Towards A Feminist Sex Therapy , The Capacity for Outrage: Feminism, Humor, and Sex , The Medicalization of Sexuality , Sexism in Sex Therapy: Whose Idea is "Sensate Focus"? , Women's Sexuality: Not a Matter of Health , The Medicalization of Impotence: Normalizing Phallocentrism , Pleasure, Medicalization, and the Tyranny of the Natural , Sexology and the Pharmaceutical Industry: The Threat of Co-Optation , The Creation of FSD , "Female Sexual Dysfunction" Alert: A New Disorder Invented for Women , A New View of Women's Sexual Problems by the Working Group on a New View of Women's Sexual Problems 1 , The Selling of "Female Sexual Dysfunction" , Book Review: A New Sexual World—Not! , The Pink Viagra Story: We have the Drug, but What's the Disease? , Conclusion: We Need Theory, we Need Politics