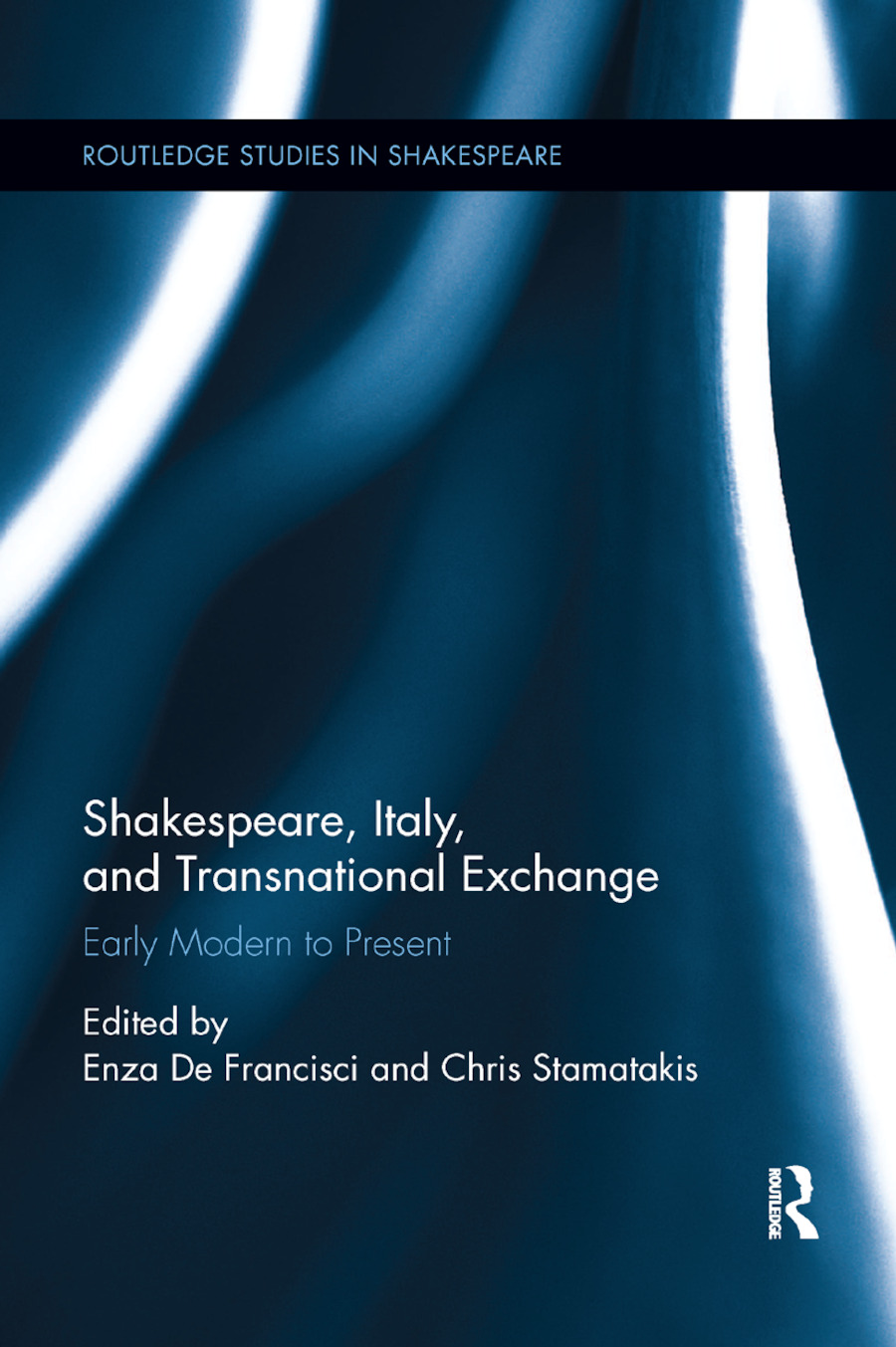 This interdisciplinary, transhistorical collection brings together international scholars from English literature, Italian studies, performance history, and comparative literature to offer new perspectives on the vibrant engagements between Shakespeare and Italian theatre, literary culture, and politics, from the sixteenth to the twenty-first century. Chapters address the intricate, two-way exchange between Shakespeare and Italy: how the artistic and intellectual culture of Renaissance Italy shaped Shakespeare’s drama in his own time, and how the afterlife of Shakespeare’s work and reputation in Italy since the eighteenth century has permeated Italian drama, poetry, opera, novels, and film. Responding to exciting recent scholarship on Shakespeare and Italy, as well as transnational theatre, this volume moves beyond conventional source study and familiar questions about influence, location, and adaptation to propose instead a new, evolving paradigm of cultural interchange. Essays in this volume, ranging in methodology from archival research to repertory study, are unified by an interest in how Shakespeare’s works represent and enact exchanges across the linguistic, cultural, and political boundaries separating England and Italy. Arranged chronologically, chapters address historically-contingent cultural negotiations: from networks, intertextual dialogues, and exchanges of ideas and people in the early modern period to questions of authenticity and formations of Italian cultural and national identity in the eighteenth and nineteenth century. They also explore problems of originality and ownership in twentieth- and twenty-first-century translations of Shakespeare’s works, and new settings and new media in highly personalized revisions that often make a paradoxical return to earlier origins. This book captures, defines, and explains these lively, shifting currents of cultural interchange.

2. A Tale of Two Tamings: Reading the Early Modern Shrew Debate from a Feminist Transnationalist Perspective


3. Shakespeare and the Commedia dell’Arte

4. The Unfinished in Michelangelo and Othello

6. "A kind of conquest": The Erotics and Aesthetics of Italy in Cymbeline

7. The Eighteenth-Century Reception of Shakespeare: Translations and Adaptations for Italian Audiences

10. Eleonora Duse as Juliet and Cleopatra

11. Representations of Italy in the First Hebrew Translations of Shakespeare


12. Through the Fickle Glass: Rewriting and Rethinking Shakespeare’s Sonnets in Italy

Twentieth Century To The Present

Enza De Francisci is Lecturer in Translation Studies at the University of Glasgow.