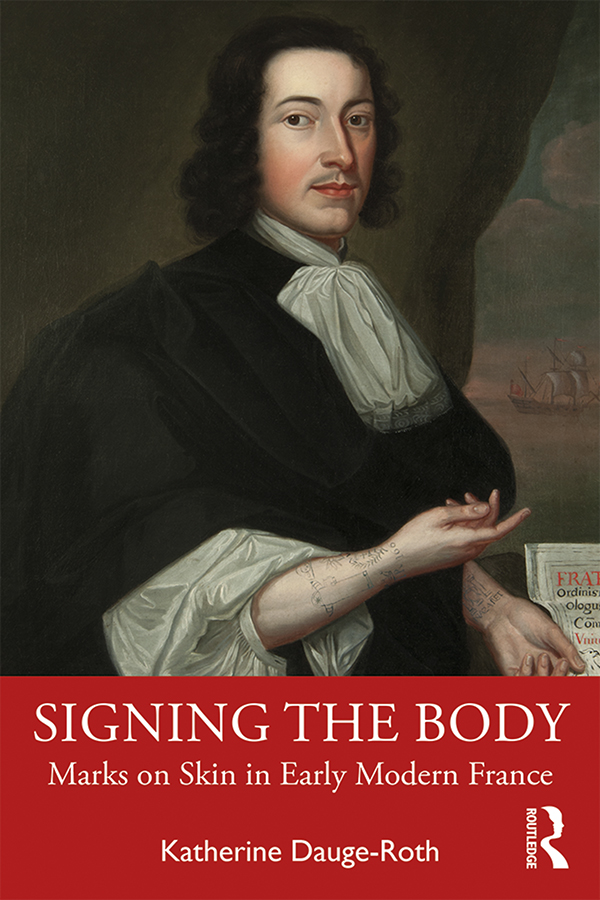 The ﬁrst major scholarly investigation into the rich history of the marked body in the early modern period, this interdisciplinary study examines multiple forms, uses, and meanings of corporeal inscription and impression in France and the French Atlantic from the late sixteenth through early eighteenth centuries. Placing into dialogue a broad range of textual and visual sources drawn from areas as diverse as demonology, jurisprudence, mysticism, medicine, pilgrimage, commerce, travel, and colonial conquest that have formerly been examined largely in isolation, Katherine Dauge-Roth demonstrates that emerging theories and practices of signing the body must be understood in relationship to each other and to the development of other material marking practices that rose to prominence in the early modern period. While each chapter brings to light the particular histories and meanings of a distinct set of cutaneous marks—devil’s marks on witches, demon’s marks upon the possessed, devotional wounds, Amerindian and Holy Land pilgrim tattoos, and criminal brands—each also reveals connections between these various types of stigmata, links that were obvious to the early modern thinkers who theorized and deployed them. Moreover, the ﬁve chapters bring to the fore ways in which corporeal marking of all kinds interacted dynamically with practices of writing on, imprinting, and engraving paper, parchment, fabric, and metal that ﬂourished in the period, together signaling important changes taking place in early modern society. Examining the marked body as a material object replete with varied meanings and uses, Signing the Body: Marks on Skin in Early Modern France shows how the skin itself became the register of the profound cultural and social transformations that characterized this era.

This brilliant and gracefully written study weaves an eclectic and original corpus of primary sources into a compelling argument about the cultural implications of body marking in France and its colonies during the early modern period. In addition to being understood as magical signs, devotional gestures or material by-products of the power of the imagination, body marks also served as a powerful means of self-fashioning, and as signs of identification and authoritative control. The book is a must read for anyone interested in how the ancient practice of body marking became transformed into a product of the modern state.

Whole worlds of meaning were legible in the marks written by God and man, nature and the cosmos, on the delicate surface that clothed, however porously, the bodies of renaissance men and women. Wounds of many different provenances; tattoos on pilgrims from the holy land, on prisoners and on the native peoples across the globe; birthmarks of various colors and shapes spoke to matters of deep cultural exigency. In this book Katherine Dauge-Roth constitutes, explores and interprets beautifully a whole lost archive of writing on the body.

reveals how cutaneous marks were deeply embedded in early modern European culture. In this abundantly researched work, Dauge-Roth examines demonic marks and sacred stigmata, the branding of criminals, Amerindian tattooing, and the Jerusalem tattoos traditionally received by Christian pilgrims. These diverse dermal practices are united, Dauge-Roth argues, by the desire to make the human body a stable site of signification in an age of cultural upheaval and physical mobility. Signing the Body reveals the ubiquity of body marking in early modern Europe, confirming the relatively familiar status of European tattooing practices once thought extraordinary.

1 Seals of Satan: Demonologists and the Devil’s Mark

3 The Amerindian Tattoo: Signs of Identity in New France

Katherine Dauge-Roth is Associate Professor of Romance Languages and Literatures at Bowdoin College.