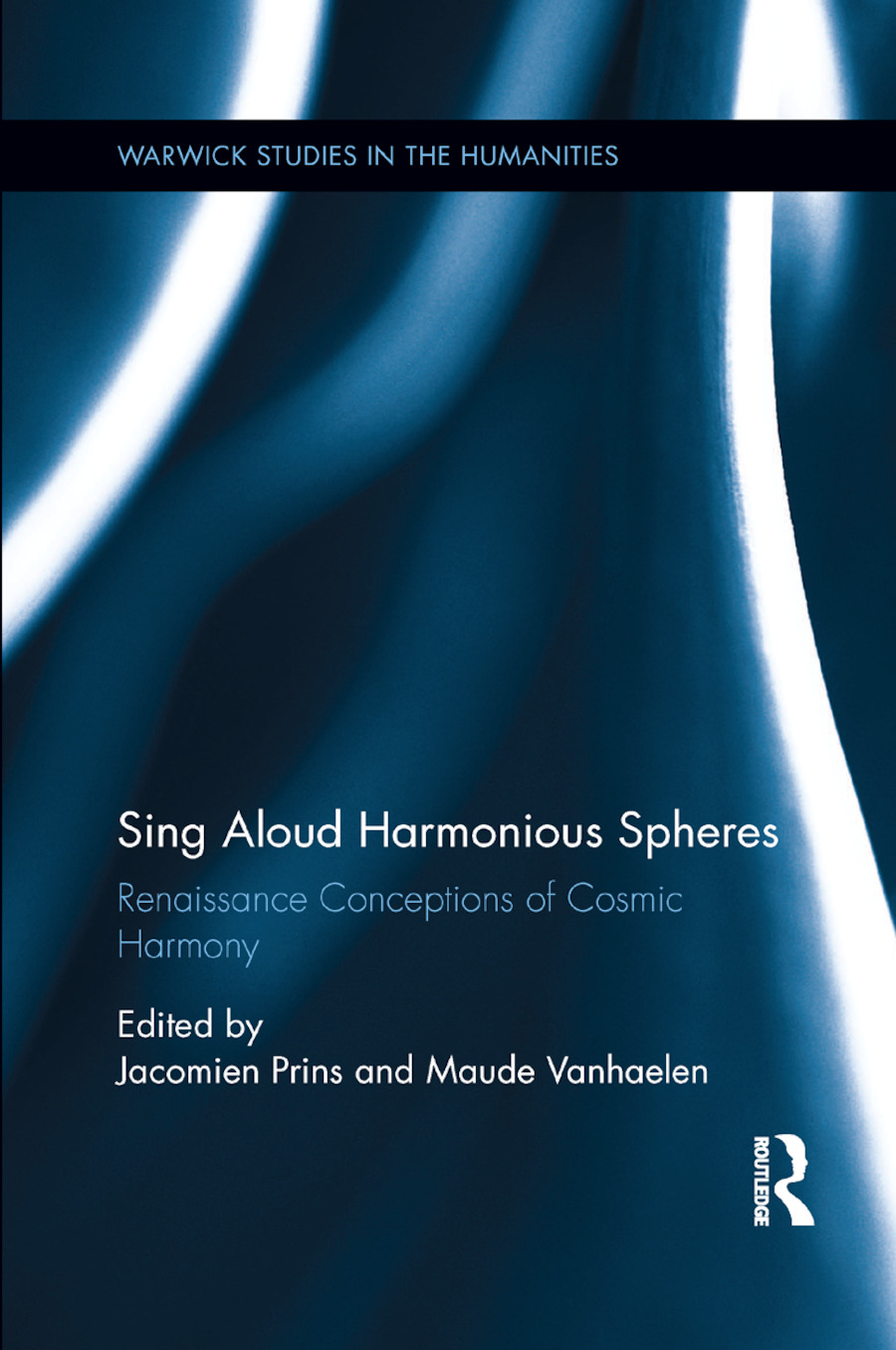 This is the first volume to explore the reception of the Pythagorean doctrine of cosmic harmony within a variety of contexts, ranging chronologically from Plato to 18th-century England. This original collection of essays engages with contemporary debates concerning the relationship between music, philosophy, and science, and challenges the view that Renaissance discussions on cosmic harmony are either mere repetitions of ancient music theory or pre-figurations of the ‘Scientific Revolution’. Utilizing this interdisciplinary approach, Renaissance Conceptions of Cosmic Harmony offers a new perspective on the reception of an important classical theme in various cultural, sequential and geographical contexts, underlying the continuities and changes between Antiquity, the Middle Ages and the Renaissance. This project will be of particular interest within these emerging disciplines as they continue to explore the ideological significance of the various ways in which we appropriate the past.

Part I: Ancient and Medieval sources

1. Eight Singing Sirens: Heavenly Harmonies in Plato and the Neoplatonists

2. Latin and Arabic Ideas of Sympathetic Vibration as the Causes of Effects between Heaven and Earth

3. Theory of Cosmic Harmony in Jewish and Muslim Sources

4. Medieval Variations on a Cosmic Theme

5. "Therout com so gret a noyse": The Harmony of the Spheres and Chaucerian Poetics

Part II: The Revival of the Doctrine of the Pythagorean Harmony of the Universe in Fifteenth- and Sixteenth-century Italy and Germany

6.Cosmic Harmony, Demons, and the Mnemonic Power of Music in Renaissance Florence: The Case of Marsilio Ficino

7. Francesco Giorgi on the Harmony of the Creation and the Catholic Censorship of His Views

8.Francesco Patrizi and the ‘Weakest Echo of the Harmony of the Spheres’

9.The Reception of Ficino’s Theory of World Harmony in Germany

Part III: The Tradition of the Harmony of the Spheres in Seventeenth- and Early Eighteenth-centuries Europe and New Spain

10. Cosmic Play in a Symbolic Harmonic Universe: The Reception of Cusanus and Kircher in Seventeenth-century New Spain

11. Andrea Torelli and His Orphic Lyre

Jacomien Prins is a Global Research Fellow at the Institute of Advanced Studies (IAS) and the Centre for the Study of the Renaissance (CSR) of the University of Warwick. She has worked extensively on the interaction between music theory and philosophy in the Renaissance. Her work includes Harmonisch labyrint (Hilversum: Verloren, 2007), Echoes of an Invisible World: Marsilio Ficino and Francesco Patrizi on Cosmic Order and Music Theory (Leiden: Brill, 2014), and Marsilio Ficino: Commentary on the Timaeus (Cambridge, MA: Harvard University Press, forthcoming). She is currently working on a book, titled A well-tempered Life: Music, Health and Happiness in Renaissance Learning.

is Associate Professor in the Departments of Classics and Italian at the University of Warwick. She has published articles on the reception of Platonism in 15th and 16th century Italy. she is the author of Marsilio Ficino: Commentary on the Parmenides (Cambridge, MA: Harvard University Press, 2012).