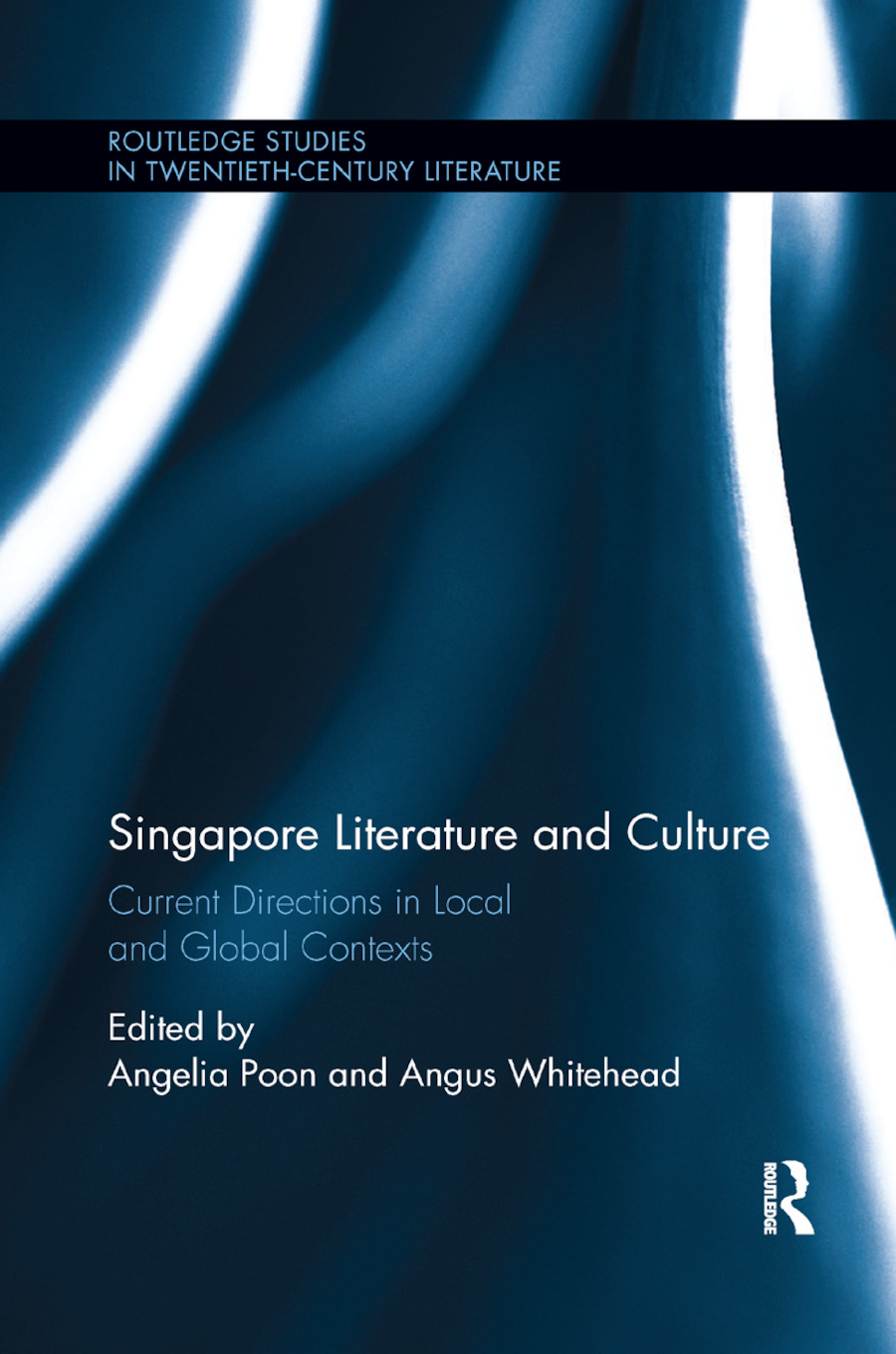 Since the nation-state sprang into being in 1965, Singapore literature in English has blossomed energetically, and yet there have been few books focusing on contextualizing and analyzing Singapore literature despite the increasing international attention garnered by Singaporean writers. This volume brings Anglophone Singapore literature to a wider global audience for the first time, embedding it more closely within literary developments worldwide. Drawing upon postcolonial studies, Singapore studies, and critical discussions in transnationalism and globalization, essays unearth and introduce neglected writers, cast new light on established writers, and examine texts in relation to their specific Singaporean local-historical contexts while also engaging with contemporary issues in Singapore society. Singaporean writers are producing work informed by debates and trends in queer studies, feminism, multiculturalism and social justice -- work which urgently calls for scholarly engagement. This groundbreaking collection of essays aims to set new directions for further scholarship in this exciting and various body of writing from a place that, despite being just a small ‘red dot’ on the global map, has much to say to scholars and students worldwide interested in issues of nationalism, diaspora, cosmopolitanism, neoliberalism, immigration, urban space, as well as literary form and content. This book brings Singapore literature and literary criticism into greater global legibility and charts pathways for future developments.

2. "We who have no country but our century": Wong May, Singapore-stateless Poet Angus Whitehead

3. The Social Life of Genres: Short Stories as a Singapore Form Philip Holden

9. A City without a Nation: Personal and Collective Memory in the Fiction of Gopal Baratham Steve Clark

10. "Burning In Your Hands": Queer Literature in Singapore Ng Yi-Sheng

11. In Praise of Failed Men: the Singapore Novel and the Politics of Masculinity Angelia Poon

Angelia Poon is Associate Professor of English Literature and Deputy Head of the English Language and Literature Academic Group at the National Institute of Education, Nanyang Technological University, Singapore.

Angus Whitehead is Assistant Professor in the department of English Language & Literature at the National Institute of Education, Nanyang Technological University, Singapore.