The book provides a broad overview of the challenges and recent developments in the field of smart mobility and transportation, including technical, algorithmic and social aspects of smart mobility and transportation. It reviews new ideas for services and platforms for future mobility. New concepts of artificial intelligence and the implementation in new hardware architecture are discussed. In the context of artificial intelligence, new challenges of machine learning for autonomous vehicles and fleets are investigated. The book also investigates human factors and social questions of future mobility concepts.

The goal of this book is to provide a holistic approach towards smart transportation. The book reviews new technologies such as the cloud, machine learning and communication for fully atomatized transport, catering to the needs of citizens. This will lead to complete change of concepts in transportion.

1. Social Acceptance of Autonomous Driving – The Importance of Public Discourse and Citizen Participation

3. Large-scale Simulation of a Mobility-on-Demand System for the German City Aachen

10. Artificial Intelligence Based on Modular Reinforcement Learning and Unsupervised Learning

Guido Dartmann is Professor and Group Leader of the research area Distributed Systems and member of the Institute for Software Systems at the Environmental Campus, Trier University of Applied Sciences, Trier, Germany.

His research interests include distributed systems, machine learning, data analytics, signal processing, optimization of technical systems, cyber-physical systems, wireless communication, cyber-security, internet of things, traffic and mobility. His research group at the Environmental Campus was granted by several grants of German federal ministries and European research. Prof. Dartmann is senior member of the IEEE and reviewer of several IEEE Transactions and he and he is co-author of more than 80 scientific papers in peer-reviewed journals, books and conference proceedings.

Prof. Dartmann is co-lead and member of the expert group Internet of Things at the national Information Technology Summit.

Anke Schmeink received the diploma degree in mathematics with a minor in medicine and the Ph.D. degree in electrical engineering and information technology from RWTH Aachen. She worked as a research scientist for Philips Research and is a professor at RWTH Aachen since 2012. Anke Schmeink is a senior member of IEEE, an editor for IEEE TWC and founding member of the IEEE Special Interest Group on Big Data Intelligent Network. She spent several research visits with the University of Melbourne, Australia, and with the University of York, UK. She has received diverse awards, in particular, three best paper awards and the Vodafone Young Scientist Award. Anke Schmeink has been reviewer for several journal papers and conference proceedings and has been on the technical program committee for numerous international conferences. Anke Schmeink has published more than 160 scientific papers in peer-reviewed journals and conference proceedings. Her research interests are in information theory and machine learning, the optimization of networks and biomedical problems and the analysis of the resulting data.

Volker Lücken  is the Competence Center Lead for Connectivity & IoT and Senior Manager at umlaut, Aachen, Germany. Previously he has been working as the Teamleader Strategic Research as well as an Expert for Autonomous Driving at e.GO Mobile AG, Aachen, Germany.

Volker Lücken received his diploma degree in electrical engineering from RWTH Aachen University, with a focus on information and communication technology. From 2012 to 2018, he worked as a research associate at the Institute for Communication Technologies and Embedded Systems (ICE), RWTH Aachen University. There, his fields of interest were mobile communications, embedded systems, signal processing and machine learning applications. Besides several publications and patents in these fields, he also accompanied the research & development and commercialization for Smart-City-centric IoT and sensor signal processing applications. For his work, he also received the "HiPEAC Technology Transfer Award" in 2017. In 2018, he joined the research department of e.GO Mobile AG, which is an automotive OEM in the field of electrical mobility. There, he covers the topics of automated driving technologies and artificial intelligence applications, and is responsible for several research projects in these domains.

In August 2017, he joined the Department of Electrical Engineering and Computer Science, Embry-Riddle Aeronautical University, Daytona Beach, FL, where he is currently an Assistant Professor and the Director of the Security and Optimization for Networked Globe Laboratory (SONG Lab, www.SONGLab.us). He has served as an Associate Technical Editor for IEEE Communications Magazine (2017-present), an Associate Editor for IEEE Internet of Things Journal (2020-present) and IEEE Journal on Miniaturization for Air and Space Systems (J-MASS) (2020-present). He is the editor of six books and the author of more than 100 articles. His research interests include cyber-physical systems, cybersecurity and privacy, internet of things, edge computing, AI/machine learning, big data analytics, unmanned aircraft systems. His research has been featured by popular news media outlets, including IEEE GlobalSpec's Engineering360, Association for Unmanned Vehicle Systems International (AUVSI), Fox News, USA Today, U.S. News & World Report, Forbes, The Washington Times,

is a full professor and leads the chair of Communication Science at RWTH Aachen University. She is one of four directors of the Human-Computer Interaction Center (HCIC) at RWTH Aachen, Germany.

has been Managing Director of PSI Logistics since 2013, where he had been Group Director and Board Member at the Dortmund location since 2008.

With a doctorate in IT, he has directed and shaped the development and marketing of the PSIglobal product from the start. He previously held a management position from 1993 at the Fraunhofer Institute for Material Flow and Logistics (IML), and completed a doctorate in the Mechanical Engineering faculty of Dortmund University on efficient algorithms in logistics. Until 2009, he acted both as a Partner and Senior Partner in VCE Verkehrslogistik GmbH. With a background of many years of experience in analysis, planning and optimisation of complex logistics networks, since 2001 he has also been a speaker and lecturer on logistics subjects. Dr. Giovanni Prestifilippo is associated with various research institutions such as the RWTH, TU Berlin, TU Dortmund, several Fraunhofer Institutes such as IML, IPK, FIT as well as the BVL, VDI, VDMA and GOR. 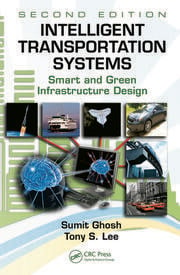 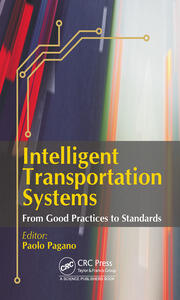 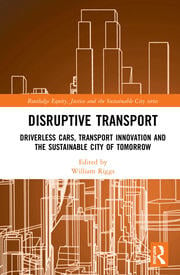