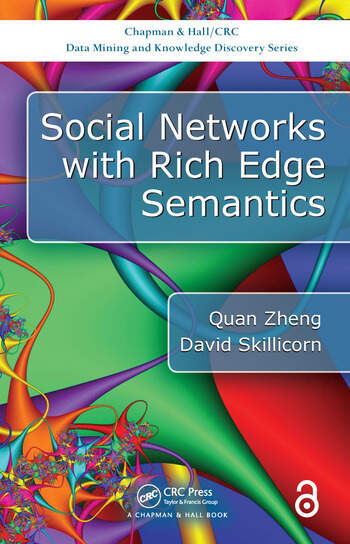 Social Networks with Rich Edge Semantics introduces a new mechanism for representing social networks in which pairwise relationships can be drawn from a range of realistic possibilities, including different types of relationships, different strengths in the directions of a pair, positive and negative relationships, and relationships whose intensities change with time. For each possibility, the book shows how to model the social network using spectral embedding. It also shows how to compose the techniques so that multiple edge semantics can be modeled together, and the modeling techniques are then applied to a range of datasets.

Suitable for researchers and students in social network research, data science, statistical learning, and related areas, this book will help to provide a deeper understanding of real-world social networks.

What is a social network?

The multiple aspects of relationships

Representing networks to understand their structures

Modelling relationships that change over time

The problems of imbalance in graph data

Application to signed directed networks
Extensions to other compositions

RatioCut consistency with two versions of each node

Ncut consistency with multiple versions of each node

David Skillicorn is a professor in the School of Computing at Queen's University. His undergraduate degree is from the  University of Sydney and his Ph.D. from the University of Manitoba. He has published extensively in the area of adversarial data analytics, including his recent books "Understanding High-Dimensional Spaces" and "Knowledge Discovery for Counterterrorism and Law Enforcement". He has also been involved in interdisciplinary research on radicalisation, terrorism, and financial fraud. He consults for the intelligence and security arms of government in several countries, and appears frequently in the media to comment on cybersecurity and terrorism.

His research interests are in data mining and behavior analysis, particularly social network modeling and graph-based data analysis. He has proposed a few graph algorithms for identifying interested individuals and links, clustering and classification. 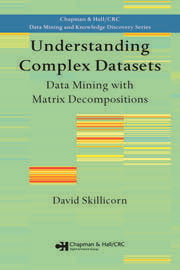 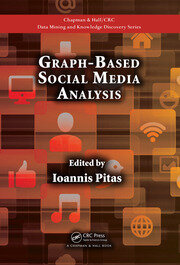 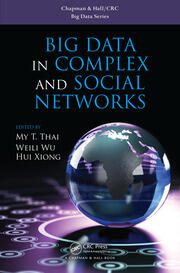