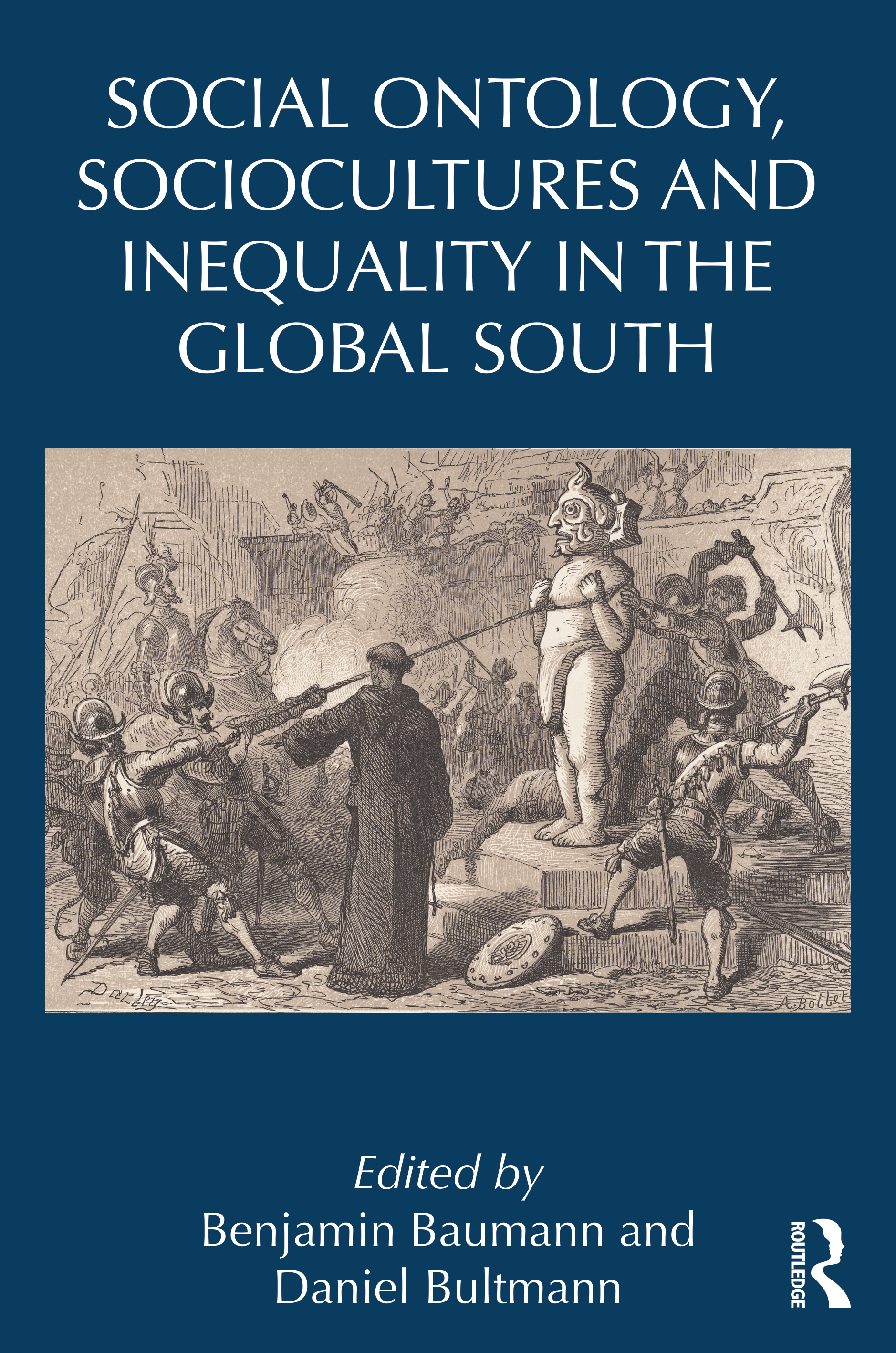 Social Ontology, Sociocultures and Inequality in the Global South

Challenging the assumption that that the capitalist transformation includes a radical break with the past, this edited volume traces how historically older forms of social inequality are transformed but persist in the present to shape the social structure of contemporary societies in the global South.

Each society comprises an interpretation of itself – including the meaning of life, the concept of a human being and the notion of a collective. This volume studies the interpretation that various societies have of themselves. This interpretation is referred to as social ontology. All chapters of the edited volume focus on the relation between social ontology and structures of inequality. They argue that each society comprises several historical layers of social ontology that correspond to layers of inequality, which are referred to as sociocultures. Thereby, the volume explains why and how structures of inequality differ between contemporary collectives in the global South, even though all of them seem to have similar structures, institutions, and economies.

The volume is aimed at academics, students and the interested public looking for a novel theorization of social inequality pertaining to collectives in the global South.

"This volume explodes the idea that global integration yields cultural convergence. It shows the many layers and meanings of inequality and differences in the global south. In so doing, the authors illuminate how societies amalgamated old and new insights and definitions of their collective selves. This book is a model for the production of new area studies knowledge."

— Jeremey Adelman, the Henry Charles Lea Professor of History and Director of the Global History Lab at Princeton University.

"The book provides an innovative conceptual framework for an understanding of the 'social' of 'inequality', a subject becoming increasingly popular across disciplines of the social sciences. Chapters presented in the book also provide empirical case studies that both show the value of the conceptual framework suggested in the opening chapter and the significant advance that such a comparative perspective could offer to the study of social inequality. This book will have a lasting impact on the field."

3. The South Against the Destroying Machine: An Interdisciplinary Attempt to Theorize Social Ontology for a Decolonial Project in the Social Sciences

4. Reconceptualizing the Cosmic Polity: The Tai mueang as a Social Ontology

5. Developmentalism and the Misacknowledgement of Socio-Ontological Difference: The Coloniality of Being in the Colombian Pacific Basin

6. The Social Ontology of Caste

8. Social Ontologies as World-Making Projects: The Mueang-Pa Duality in Laos

9. Clashing Social Ontologies: A Sociological History of Political Violence in the Cambodian Elite

12. Pre-Modern Local Collective Structures and their Manifestation in Contemporary Society: A Case Study from Japan

13. The Sociocultural Making of Inequality in Today’s China: Symbolic Construction and Collective Habitus

Benjamin Baumann is Assistant Professor at the Department of Southeast Asian Studies at Humboldt-Universität zu Berlin’s Institute of Asian and African Studies. Trained as a socio-cultural anthropologist his work examines rural life-worlds, socio-cultural identities, and local language games, focusing on how the ghostly structures the reproduction of social collectives and communal sentiments of belonging in the border regions between Thailand and Cambodia.

is Assistant Professor at the Institute of Asian and African Studies at Humboldt-Universität zu Berlin and research fellow of the Department of Social Sciences at Universität Siegen. His work focuses on the political and historical sociology of violence and armed groups, peace transformations, and social inequality as well as on the production of knowledge in (post-)conflict zones, with his regional focus centred on Southeast Asia and Cambodia in particular.

The baton of driving the world economy is passing to emerging economies. This is not just an economic change, but a social change, with migration flows changing direction towards surplus economies; a political change, as in the shift from the G7 to G20; and over time, cultural changes. This also means that the problems of emerging societies will increasingly become world problems. This series addresses the growing importance of BRIC (Brazil Russia India China) and rising societies such as South Korea, Taiwan, Singapore, Indonesia, South Africa, Turkey, the UAE and Mexico. The term ‘emerging societies’ refers to concerns wider than just emerging markets or emerging powers, taking a kaleidoscopic approach that ranges from political economy, finance, technology and IP to social movements, culture, art and aesthetics. The series focuses on problems generated by emergence such as social inequality, cultural change, media, ethnic and religious strife, ecological constraints, relations with advanced and developing societies, and new regionalism, with a particular interest in addressing debates and social reflexivity in emerging societies.