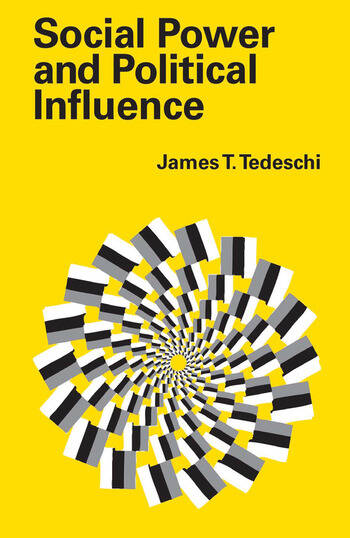 The nature of social power, the ability of individuals to affect the behavior and belief of others, is central to any understanding of the dynamics of change in our society. It is therefore surprising that social scientists, and especially social psychologists, have devoted relatively little attention to the subject and have accumulated relatively little knowledge about it. But this gap may be more apparent than real argues James T. Tedeschi; there has in fact been a great deal of research on many aspects of interpersonal influence. What is missing is the kind of consensus about an operational definition of the concept of power that would bring this work usefully into focus.

The purpose of Social Power and Political Influence is to bring together the best work of scholars from many disciplines in order to organize, develop, evaluate, and interpret scientific theories of social, political, and economic power. The contributors are drawn from anthropology, political science, sociology, and social psychology. They illustrate a variety of approaches, ranging from ethnographic case studies to mathematically formalized models. Presenting theory and methods, these chapters treat in provocative and creative ways such important problems as the factors that affect the use of power and the nature of response to its use, the linkages that affect the flow of power between individuals and social systems, the consequences of attributions of power by actors and observers, and the implications of trust as an alternative to explicit influence.

This in-depth scholarly sampling of research and theory will be of great interest to everyone concerned with the scientific study of social and political power and the influence processes. The interdisciplinary nature of the topic itself and of the work represented here make Social Power and Political Influence an important contribution for students and scholars in many fields, from social psychology, political science and sociology to communications, management science, and economics.