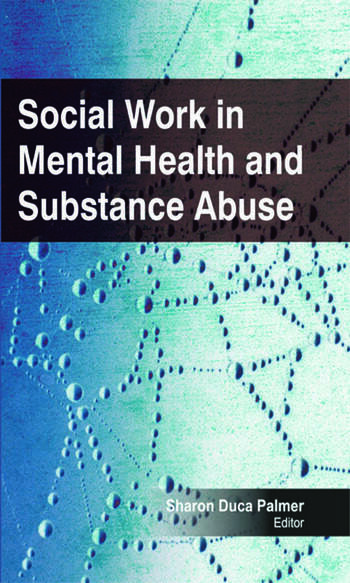 This title includes a number of Open Access chapters.

This book examines many of the predominant issues in the field of social work in mental health and substance abuse today. Topics discussed include incarceration of drug abusers, methadone treatment for heroin users, and substance abuse among sex workers. It also examines how parental smoking affects children’s attitudes, binge drinking, and the correlation between depression and sociodemographic factors. The book also explores help for homeless drug abusers and more.

Performance Measurement for Co-Occurring Mental Health and Substance Use Disorders
Methamphetamine Use and Rates of Incarceration Among Street-Involved Youth in a Canadian Setting: A Cross-Sectional Analysis
Medication Management and Practices in Prison for People with Mental Health Problems: A Qualitative Study
Estimating Incidence Trends in Regular Heroin Use in 26 Regions of Switzerland Using Methadone Treatment Data
Substance Abuse, Treatment Needs and Access Among Female Sex Workers and Non-Sex Workers in Pretoria, South Africa
Nowhere to Go: How Stigma Limits the Options of Female Drug Users After Release from Jail
Evidence for Habitual and Goal-Directed Behavior Following Devaluation of Cocaine: A Multifaceted Interpretation of Relapse
Conflict and User Involvement in Drug Misuse Treatment Decision-Making: A Qualitative Study
Deficits in Implicit Attention to Social Signals in Schizophrenia and High Risk Groups: Behavioural Evidence from a New Illusion
The Moderating Role of Parental Smoking on Their children’s Attitudes Toward Smoking Among a Predominantly Minority Sample: A Cross-Sectional Analysis
Women’s Childhood and Adult Adverse Experiences, Mental Health, and Binge Drinking: The California Women’s Health Survey
Relation Between Depression and Sociodemographic Factors
Satisfaction with Life and Opioid Dependence
Can Playing the Computer Game "Tetris" Reduce the Build-Up of Flashbacks for Trauma? A Proposal from Cognitive Science
Unofficial Policy: Access to Housing, Housing Information and Social Services Among Homeless Drug Users in Hartford, Connecticut
Mental Health Symptoms in Relation to Socio-Economic Conditions and Lifestyle Factors—A Population-Based Study in Sweden
Index

Sharon Duca Palmer, CSW, LMSW, has worked in a variety of settings in her twenty-year career as a social worker. Since 1990, she has been a school social worker at the ACLD Kramer Learning Center in Bay Shore, New York. She is also a Certified Field Instructor at the Adelphi University, School of Social Work in Garden City, New York.