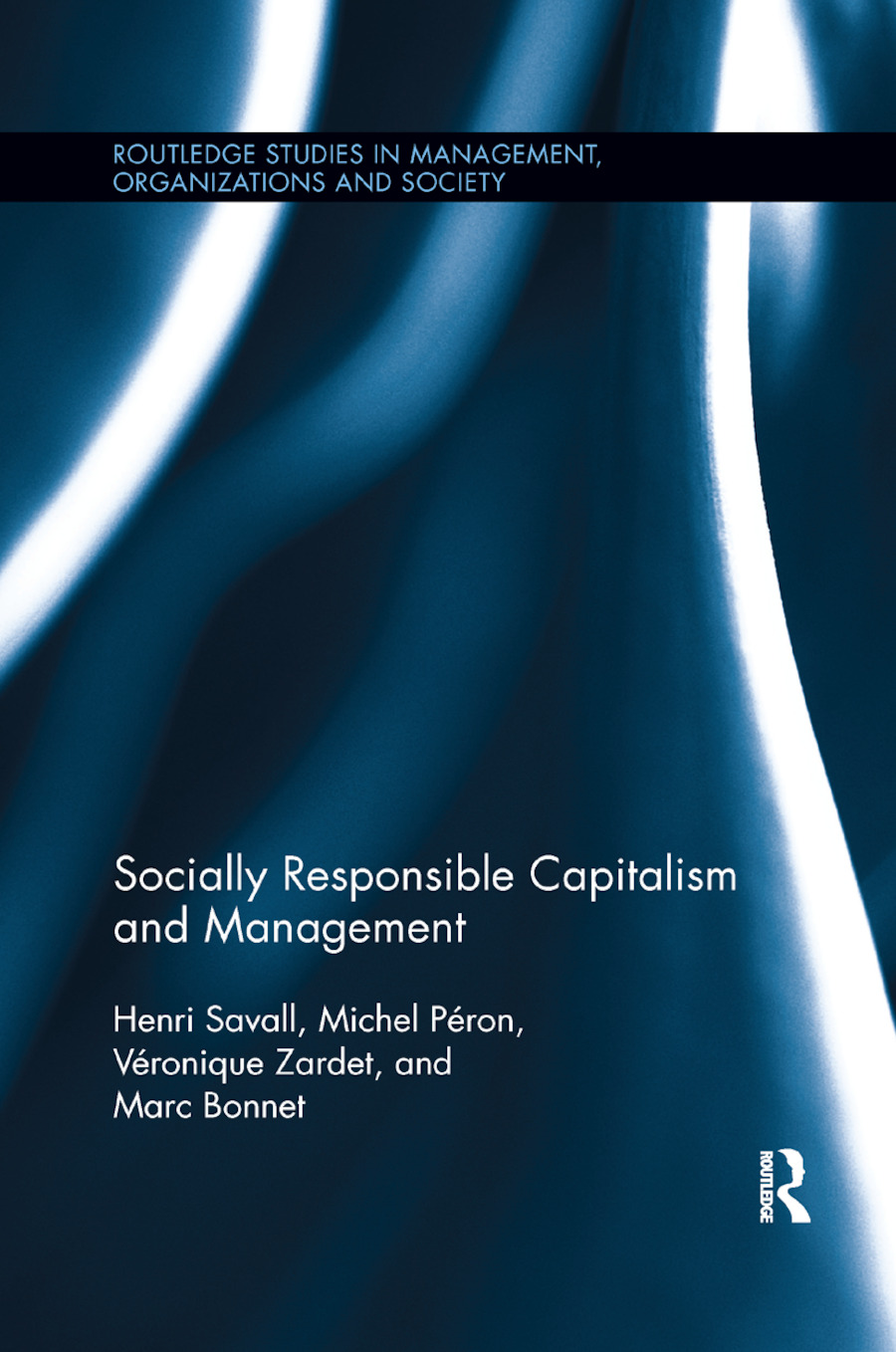 In the current crisis context, capitalism is questioned by its detractors or defended by its partisans. The concept of Socially Responsible Capitalism (SRC) is based on the entrepreneurial spirit. It encourages exemplary behaviors, such as effective, efficient and ethical behaviors, by stimulating social responsibility of companies and organizations. This is combined with the development of economic empowerment and legitimate efforts of each citizen-actor.

This book shows that by putting Human Beings at the heart of action enables producing sustainable economic value, and anthropological values which are inseparable. The innovative aspect of this book lies in its analysis starting from the macro-economic level to the individual one, by presenting a detailed analysis of the micro-economic level of companies within its managerial issues. Socially Responsible Capitalism and Management is dedicated to present the different aspects of SRC for the Society, companies and organizations and also individual actors, as citizens, producers and consumers.

4. The Core Concept of Human Potential

6. The Citizen-Producer-Consumer of Social Values and Economic Value

Henri Savall is an Emeritus Professor at the Institut d’Administration des Entreprises, University Jean Moulin Lyon, France where he is the founder of the EUGINOV Centre (École Universitaire de Gestion Innovante) and the Socio-Economic Management Master’s programs. He is also the founder and president of the ISEOR Research Center where he supervised 78 doctoral theses.

was an Emeritus Professor at the University of Paris III Sorbonne Nouvelle, France. Lexicographer, he published several English-French dictionaries. He unfortunately passed away two weeks before the French version was published.