Society on the Run
A European View of Life in America 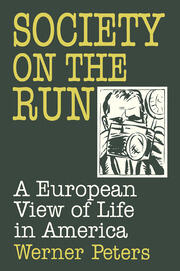 Society on the Run: A European View of Life in America

A study of the United States and its political culture. The author contends that democracy exists at the level of political institutions and processes in the US as well as in its private sector.