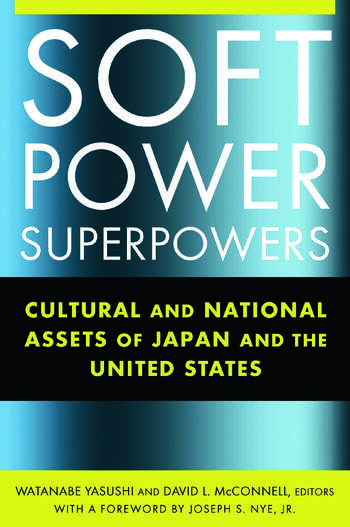 The term "soft power" describes a country's ability to get what it wants by attracting rather than coercing others - by engaging hearts and minds through cultural and political values and foreign policies that other countries see as legitimate and conducive to their own interests.This book analyzes the soft power assets of the United States and Japan, and how they contributed to one of the most successful, if unlikely, bilateral relationships of the twentieth century. Sponsored by the U.S. Social Science Research Council and the Japan Foundation's Center for Global Partnership, the book brings together anthropologists, political scientists, historians, economists, diplomats, and others to explore the multiple axes of soft power that operate in the U.S.-Japanese relationship, and between the United States and Japan and other regions of the world.The contributors move beyond an "either-or" concept of hard versus soft power to a more dynamic interpretation, and demonstrate the important role of non-state actors in wielding soft power. They show how public diplomacy on both sides of the Pacific - bolstered by less formal influences such as popular cultural icons, product brands, martial arts, baseball, and educational exchanges - has led to a vibrant U.S.-Japanese relationship since World War II despite formidable challenges. Emphasizing the essentially interactive nature of persuasion, the book highlights an approach to soft power that has many implications for the world today.