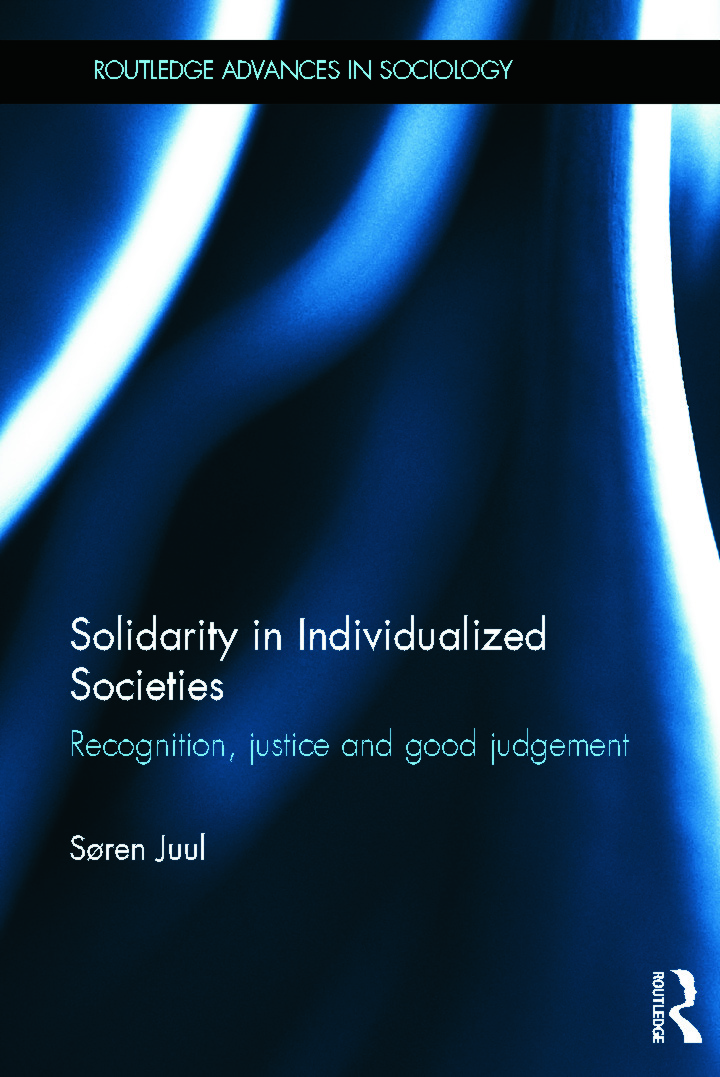 In today’s individualized, culturally diverse and globalized society, many sociologists have concluded that the conceptualizations developed by classical sociology are no longer sufficient to promote social cohesion. So what kind of solidarity can achieve this? Engaging with recent thought in social and political theory and philosophy (including Honneth, Forst, Ricoeur, Bauman, Sennett, Taylor, Rawls, MacIntyre and many others), this book develops a renewed concept of solidarity based on the notion of ‘recognition’ with regard to others.

With attention to the implications of such an account for justice and judgement – particularly where competing claims for recognition arise – Solidarity in Individualized Societies examines what, in a society based on recognition, a fair distribution of recognition would mean. The book provides a critical analysis of trends in modern culture and in the policy on welfare that seem to constitute obstacles to solidarity and social cohesion. It is a rigorous examination of forms of solidarity that may sustain social cohesion in the contemporary Western world.

This book will appeal to scholars and students of sociology, social theory, politics and philosophy.

Preface. 1. Ideas, Theoretical Perspectives and Assumptions Part I: Meta-Theoretical Orientation 2. A Critical Hermeneutic Approach Part II: The Normative Ideal 3. The Discussion of the Good Versus the Just 4. Recognition: The Formal Condition of the Good Life 5. Contexts of Justice and Good Judgement Part III: The Critical Analyses 6. Modernity and Solidarity: A Critique of Cultural Judgement 7. The Ideal of Solidarity and the Transformation of the Welfare State 8. Conclusions. References

Søren Juul is Associate Professor at Roskilde University, Denmark. He has comprehensive experience in social research (especially on themes such as solidarity, recognition, social justice and welfare) and he has published a number of books and articles on these matters. His most important publications in English include: "Incentives Contract Policy and Disrespect", in Destinktion, Scandinavian Journal of Social Theory, 13 (1), Routledge 2012,"Solidarity and Social Cohesion in Late Modernity", in European Journal of Social Theory 13 (2) Sage 2010 and "Recognition and Judgement in Social Work" in European Journal of Social Work, 4, Routledge 2009.