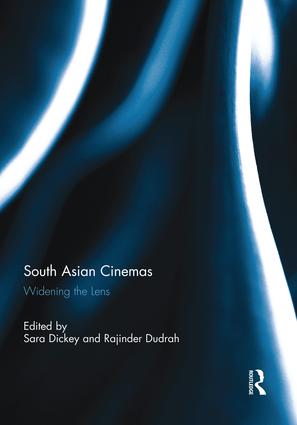 This path-breaking collection explores the breadth and depth of South Asia’s many vibrant cinemas. It extends well beyond Bollywood to Nepali, Sri Lankan, Pakistani Panjabi, Bhojpuri, Bengali, Kannada, and early Tamil cinemas, while unpacking the category of 'Bollywood' itself. The coverage of cinematic features is equally far-ranging, exploring music, dance, audiences, filmmakers, industries, and the mutual influences among South Asia’s cinemas.

With a mix of ethnographic, historical, auteur, and textual approaches, this exciting collection presents the first wide-reaching analysis of South Asian cinemas. The nine chapters include a new theoretical and historical engagement by the co-editors about the burgeoning area of South Asian cinemas in the academy, as well as original research by young and established scholars. From historical to contemporary considerations, to close analyses and empirical material from fieldwork, to a rich and revealing photographic essay, this collection will be novel reading for a new generation of work into an important global cinematic region.

This book was originally published as a special issue of South Asian Popular Culture.

Sara Dickey is Professor of Anthropology at Bowdoin College, U.S.A. Her research interests include class in urban India, and Tamil film-watching, cinema, and politics. She is author of Cinema and the Urban Poor in South India and co-editor of Home and Hegemony: Domestic Service and Identity Politics in South and Southeast Asia.

Rajinder Dudrah is Senior Lecturer and Director of the Centre for Screen Studies at the University of Manchester, UK. He has researched and published widely in film, media and cultural studies in international journals. His books include Bollywood: Sociology Goes to the Movies and Bhangra: Birmingham and Beyond.