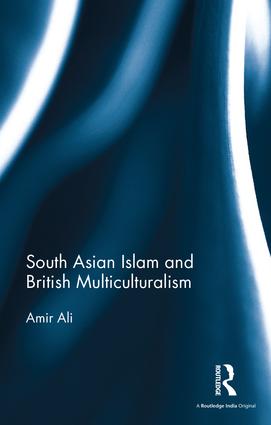 This book analyses South Asian Islam’s engagement with the West, and Britain in particular. It traces the roots of British multiculturalism to South Asia and the Deobandi school of Islam. The work shows how the pattern of interaction that initially emerged between the Deobandi Muslims and the colonial British state in late-19th century replicated itself in the British society in the second half of 20th century. The monograph reflects upon Islam’s ‘compatibility’ with liberal democracy as well as explores how it contributed to its origins in the Enlightenment ethos.

A nuanced, sensitive and topical study, this book will be essential to understanding the world in the light of contemporary world events—Paris 13/11 and Charlie Hebdo attacks, the Danish cartoon controversy, and the Trojan Horse incident in certain British schools as well as the much earlier Rushdie affair. It will be of great interest to researchers and scholars of political science, religion, political Islam, British and South Asian Studies, and history.

Acknowledgements. Introduction: Of Trenches and Multiculturalism 1. The Rise of Multicultural Citizenship and the Demise of Social Citizenship 2. Forward to the Enlightenment? Islam at home in the West? 3. The Colonial Dialectic of Difference and Similarity 4. Edmund Burke, Islam and the English Enlightenment 5. Rushdie Revisited: Reflections on The Satanic Verses Controversy and Its Long Shadow. Conclusion. Index

Amir Ali is Assistant Professor at the Centre for Political Studies, Jawaharlal Nehru University, New Delhi, India. He teaches courses in political theory and has interests in multiculturalism, group rights and political Islam. Previously, he has taught at the Jamia Millia Islamia University, New Delhi, and was a Visiting Fellow at St Antony’s College, University of Oxford, UK.