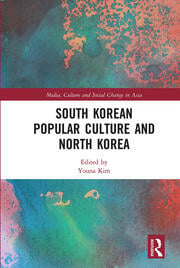 Over recent decades South Korea’s vibrant and distinctive populist culture has spread extensively throughout the world. This book explores how this "Korean wave" has also made an impact in North Korea. The book reveals that although South Korean media have to be consumed underground and unofficially in North Korea, they are widely watched and listened to. The book examines the ways in which this is leading to popular yearning in North Korea for migration, defecting to the South or for people to just become more like South Koreans. Overall, the book demonstrates that the soft power of the Korean wave is having an undermining impact on the hard, constraining cultural climate of North Korea.

1 Soft Power and the Korean Wave

2 The Korean Wave as a Powerful Agent: Hidden Stories from a North Korean Defector

5 The Korean Wave: A Pull Factor for North Korean Migration

6 Hallyu in the South, Hunger in the North: Alternative Imaginings of What Life Could Be

8 Other as Brother or Lover: North Koreans in South Korean Visual Media

Youna Kim is Professor of Global Communications at the American University of Paris, France, joined from the London School of Economics and Political Science where she had taught since 2004, after completing her PhD at the University of London, Goldsmiths College.