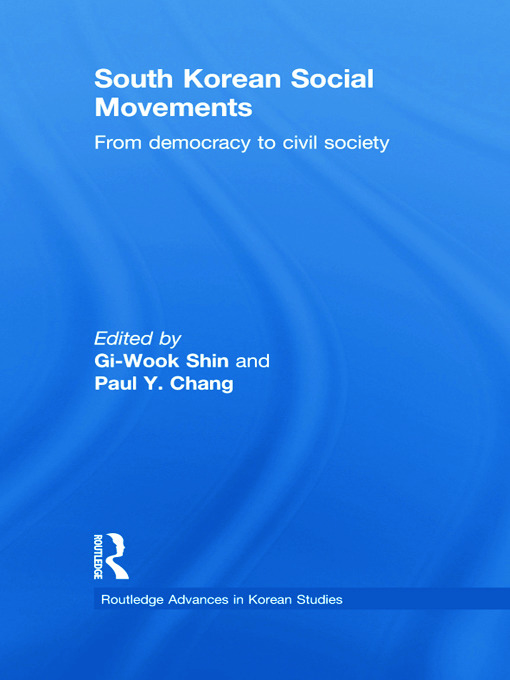 This book explores the evolution of social movements in South Korea by focusing on how they have become institutionalized and diffused in the democratic period. The contributors explore the transformation of Korean social movements from the democracy campaigns of the 1970s and 1980s to the rise of civil society struggles after 1987. South Korea was ruled by successive authoritarian regimes from 1948 to 1987 when the government decided to re-establish direct presidential elections. The book contends that the transition to a democratic government was motivated, in part, by the pressure from social movement groups that fought the state to bring about such democracy. After the transition, however, the movement groups found themselves in a qualitatively different political context which in turn galvanized the evolution of the social movement sector.

Including an impressive array of case studies ranging from the women's movement, to environmental NGOs, and from cultural production to law, the contributors to this book enrich our understanding of the democratization process in Korea, and show that the social movement sector remains an important player in Korean politics today.

This book will appeal to students and scholars of Korean studies, Asian politics, political history and social movements.

Gi-Wook Shin is Professor of Sociology at Stanford University, USA.