Sovereignty and the Limits of the Liberal Imagination 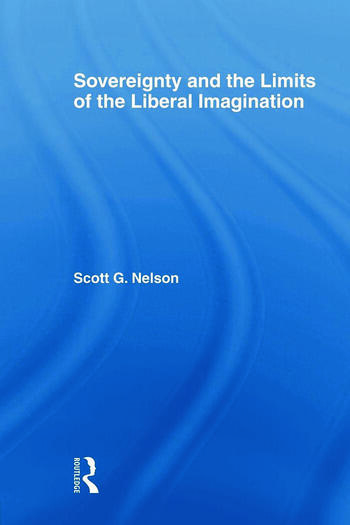 Sovereignty and the Limits of the Liberal Imagination

This volume examines and critiques several of the classical theoretical foundations of domestic and international organization, concentrating on the contestable conceptions of community, order, justice, freedom, responsibility and wealth developed by the major political theorists of the modern epoch.

Nelson argues that the accepted discourses of world politics are constructed by way of particular interpretive negotiations of what sovereign power is and what it must be made to accomplish in domestic and world politics. Providing a Foucaultian analysis of modern power and the liberal subject, the work traces the history of modern inquiries into sovereignty to a time when the state was being severed from a Christian eschatology, a time when political theorists sought ways of lending meaning and purpose to emerging conceptions of ‘the political.’

Modern theories of sovereignty, Nelson argues, embody the remainders of a deep worry over the precarious nature of legitimacy, the contingency of power, and the frailty of any political form. The theoretical traditions of liberalism and the Enlightenment dispense with anxiety over the politics of legitimacy by repressing the historical, constricting the political, and fashioning political rationalities suited to increasingly intimate and ever-expansive forms of liberal governance. This book aims to explore how modern theories of sovereignty elicit and effect governable subjects and forms of political community that have proven crucial to intensifying and expansive powers of the liberal state.

Scott G. Nelson is Assistant Professor in the Department of Political Science at Virginia Polytechnic Institute and State University, where he teaches international relations and political theory.