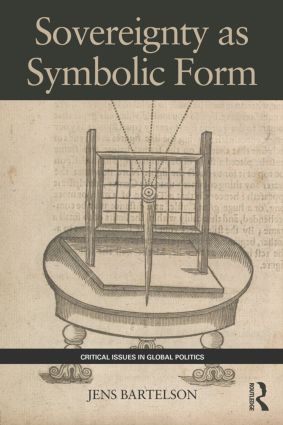 This book is a critical inquiry into sovereignty and argues that the meaning and functions performed by this concept have changed significantly during the past decades, with profound implications for the ontological status of the state and the modus operandi of the international system as a whole.

Although we have grown accustomed to regarding sovereignty as a defining characteristic of the modern state and as a constitutive principle of the international system, Sovereignty as Symbolic Form argues that recent changes indicate that sovereignty has been turned into something granted, contingent upon its responsible exercise in accordance with the norms and values of an imagined international community. Hence we need a new understanding of sovereignty in order to clarify the logic of its current usage in theory and practice alike, and its connection to broader concerns of social ontology: what kind of world do we inhabit, and of what kind of entities is this world composed?

Bartelson offers a sophisticated and compelling analysis of the relationship between the way we think about concepts and their deployment in practice. He shows how the symbolic form of sovereignty morphed into a foundational one, with profound consequences for the theory and practice of international relations. It is stunning proof not only about how ideas matter but how ideas about ideas matter. Ned Lebow, Professor of International Political Theory, King's College London, UK.

‘Sovereignty no longer finds its ultimate justification in the provision of domestic peace and order, but rather in the promise of international peace and order.’ Jens Bartelson, our ablest theorist of sovereignty, sets up this this striking, entirely novel claim in a hundred compelling pages. If he is right, then many hundreds of pages of recent scholarship, including some of mine, belong to history. Nicholas Onuf, Florida International University, USA.

A challenging and conceptually sophisticated little book taking off from the author's previous work on sovereignty but venturing also into not yet charted territory for most IR specialist, such as critical geography, the philosophy of symbolic forms, and modern systems theory. Incisive and stimulating it provides much food for thought for international relations scholars and all those who attempt to think outside the box about problems of global order.