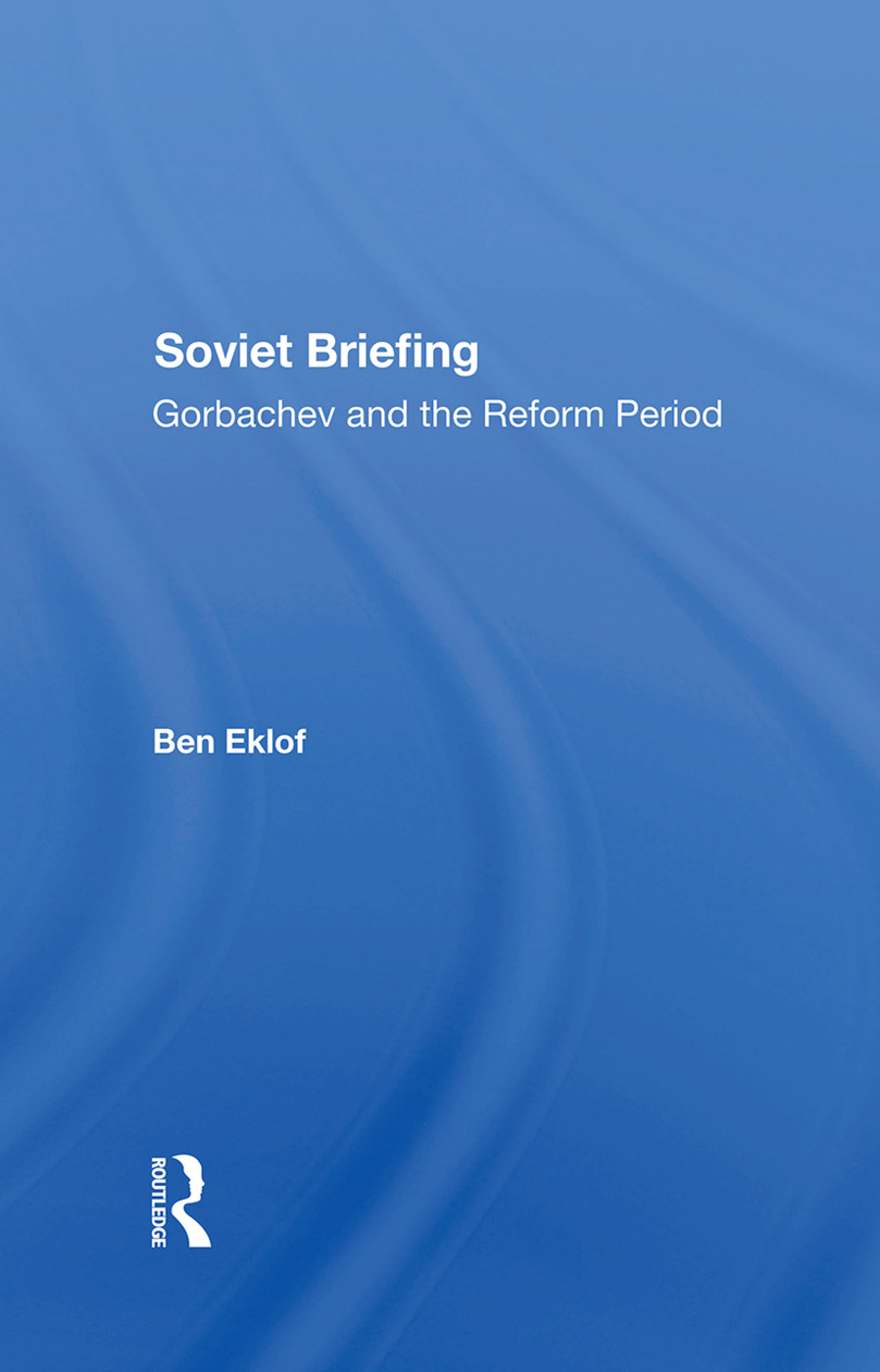 In writing this book I incurred a number of debts, which I now gratefully acknowledge. During a year at the Kennan Institute for Advanced Russian Studies in the Wilson Center of the Smithsonian Institution, I attended many seminars and discussions on current events. In one way or another the ideas, information, and debates that took place during my stay contributed to my opinions and shaped the direction of my research; unfortunately I cannot list all the names of those from whom I benefited. The Kennan Institute itself provided a stimulating and supportive environment for my work. I am especially thankful to Peter Reddaway and Ted Taranovski for all they have done.

Ben Eklof is Professor of History and Education at Indiana University and Director of the Institute for the Study of Russian Education, as well as editor of Khronika: Chronicle of Education in Russia and Eurasia. Among his books are Russian Peasant Schools (1986), Soviet Briefing (1989), School and Society in Tsarist and Soviet Russia (ed., 1993), Democracy in the Russian School (ed., 1993), Russia's Great Reforms, 1855-1881 (ed.,1994), The World of the Russian Peasant (ed., 1990). Recently, he edited the two volume English language translation of Boris Mironov's acclaimed Social History of Imperial Russia, 1700-1917. Prof. Eklof continues to work on a volume on the daily life of the Russian school before the Revolution, and to publish on education in the post-Soviet era. Larry E. Holmes is Professor of History at the University of South Alabama. His publications include: The Kremlin and the Schoolhouse: Reforming Education in Soviet Russia, 1917-1931 (1991); Sotsial'naia istoriia Rossii: 1917-1941 (1994); and Stalin's School: Moscow's Model School No. 25, 1931-1937 (1999). A book, Grand Theater: The Administration of Schools in the Russian Republic, 1931-1941, is under preparation.