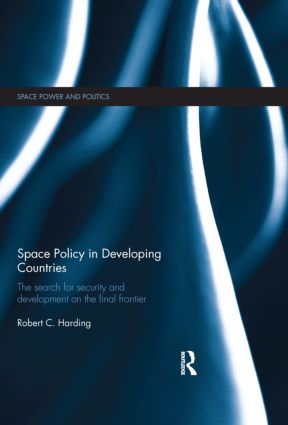 The Search for Security and Development on the Final Frontier, 1st Edition

This book analyses the rationale and history of space programs in countries of the developing world.

Space was at one time the sole domain of the wealthiest developed countries. However, the last couple of decades of the twentieth century and the first decade of the twenty-first century have witnessed the number of countries with state-supported space programs blossom. Today, no less than twenty-five developing states, including the rapidly emerging economic powers of Brazil (seventh-largest), China (second-largest), and India (fourth-largest), possess active national space programs with already proven independent launch capability or concrete plans to achieve it soon.

This work places these programs within the context of international relations theory and foreign policy analysis. The author categorizes each space program into tiers of development based not only on the level of technology utilised, but on how each fits within the country’s overall national security and/or development policies. The text also places these programs into an historical context, which enables the author to demonstrate the logical thread of continuity in the political rationale for space capabilities generally.

This book will be of much interest to students of space power and politics, development studies, strategic studies and international relations in general.

Robert C. Harding is Associate Professor, Department of Political Science, at Valdosta University, GA, USA. His principal research interests are space policy, international security, and Latin American politics. He is the author of Military Foundations of Panamanian Politics (2001), The History of Panama (2006), and many scholarly articles in a number of refereed journals, including Air & Space Power Journal.

The Space Power and Politics series will provide a forum where space policy and historical issues can be explored and examined in-depth. The series will produce works that examine civil, commercial, and military uses of space and their implications for international politics, strategy, and political economy. This will include works on government and private space programs, technological developments, conflict and cooperation, security issues, and history.