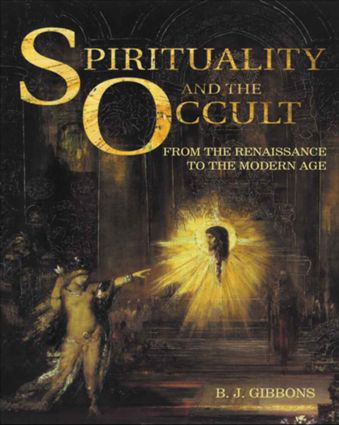 Spirituality and the Occult

Spirituality and the Occult argues against the widely held view that occult spiritualities are marginal to Western culture. Showing that the esoteric tradition is unfairly neglected in Western culture and that much of what we take to be 'modern' derives at least in part from this tradition, it casts a fresh, intriguing and persuasive perspective on intellectual and cultural history in the West. Brian Gibbons identifies the influence and continued presence of esoteric mystical movements in disciplines such as:

'Spirituality and the Occult is a valuable work of interest to historians, specialists in religious studies, and those interested in the history of ideas …' - Vivianne Crowley, Journal of Contemporary Religion

'… a compelling and evocative picture of the world we have lost … The book is a study in contrasts and as such offers one of the most uncompromising depictions of present-day secularisation to appear in a scholarly work. The Death of Christian Britain is a fine and provoking work, one to excite both admiration and dissent.' - David Voas, Journal of Contemporary Religion

' … this succint, but rich and wide-ranging work … opens up many new important pathways.' - The Scientific and Medical Network

Brian Gibbons is a lecturer in literature and cultural history at Liverpool John Moores University. His main research interests are occult spiritualities andd seventeenth-century English Radicalism. He is the author of Gender in Mystical and Occult Thought: Behmenism and its Development in England (1998).