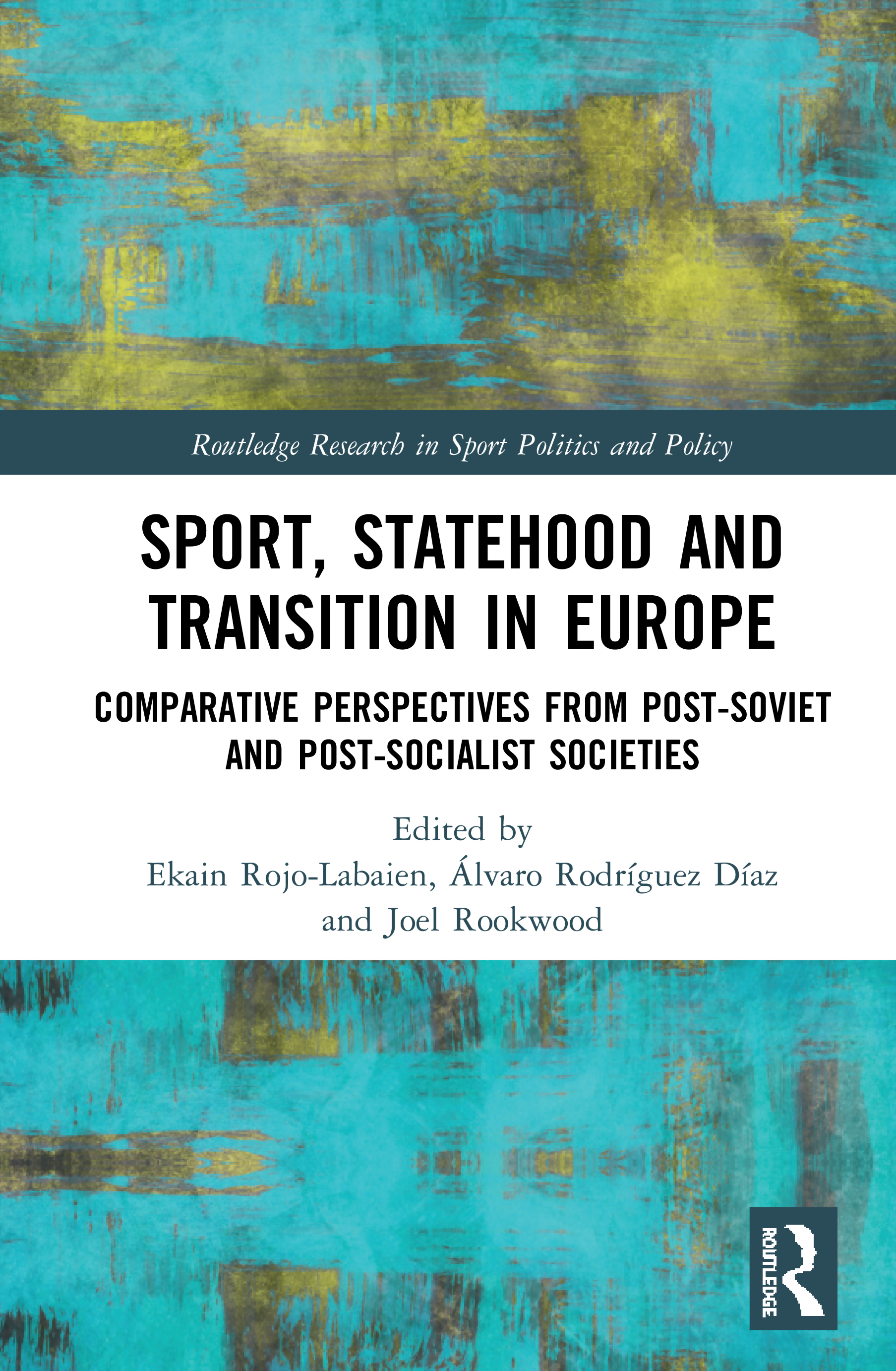 Sport, Statehood and Transition in Europe

This book examines the political significance of sport and its importance for nation-state building and political and economic transition across thirteen post-Soviet and post-socialist countries, primarily located in Eastern Europe.

Adopting a critical case-study approach, building on historical and comparative frameworks, the book uses sport as a symbolic lens through which to examine the transition of Eastern European countries to the Western capitalist system.  Covering a wide geographical area, from Poland to the Caucuses and Turkmenistan, it explores key themes such as nationalism, governance, power relations, political ideology, separatism, commercialisation and economic development, and the symbolic value of mega-events.

Sport, Statehood and Transition in Europe

is fascinating reading for anybody with an interest in sport policy, the politics of sport or political science.

Ekain Rojo-Labaien teaches at the University of Basque Country UPV/EHU, Spain, and he is a member of the Nor research group. He completed ten months of fieldwork in 2015 and 2016 in Baku funded by the Erasmus Mundus Backis European Commission programme.

Álvaro Rodríguez-Díaz is Professor of sociology of sport at the University of Seville, Spain, and Visiting Professor at the universities of Amsterdam, Belarusian State, Napier and Brasilia. He is a member of the Extended Board of the European Association for Sociology of Sports.

is Senior Lecturer in sport business management at the University of Central Lancashire, UK. He has travelled to 170 countries including every post-Soviet and post-Socialist state. His main research interests are sports mega events, sport-for-development and football fandom.

The Routledge Research in Sport Politics and Policy series aims to give shape to, and showcase, the burgeoning academic field of ‘sport politics and policy’. Highlighting the political nature of sport, the series shows how sport can illuminate our understanding of wider political themes such as, for example, issues around governance; sport, foreign policy and ‘soft power’; gender politics, or the use of sport as a development tool. The series embraces all areas of sport politics and policy, including domestic, international and comparative studies, and includes work by world-leading and emerging scholars.