Sport and Body Politics in Japan 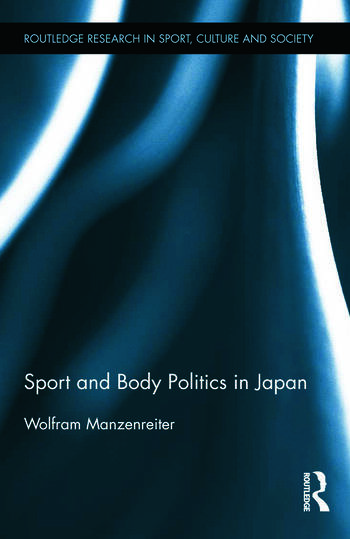 Sport and Body Politics in Japan

There is more to Japanese sport than sumo, karate and baseball. This study of social sport in Japan pursues a comprehensive approach towards sport as a distinctive cultural sphere at the intersection of body culture, political economy, and cultural globalization. Bridging the gap between Bourdieu and Foucault, it explains the significance of the body as a field of action and a topic of discourse in molding subject and society in modern Japan. More specifically, it provides answers to questions such as how and to what purposes are politics of the body articulated in Japan, particularly in the realm of sport? What is the agenda of state actors that develop politics aiming at the body, and to what degree are political and societal objectives impacted by commercial and non-political actors? How are political decisions on the allocation of resources made, and what are their consequences for sporting opportunities and practices of the body in general? Without neglecting the significance of sport spectatorship, this study takes a particular angle by looking at sport as a field of practice, pain and pleasure.

Introduction: Researching Sport and the Political Economy of the Body in Japan  Part One: Configurations of Modernity: Sport, the Body and the Nation  1. Modern Bodies, Capital Cities: The Institutionalization of Sport in Late Nation States  2. Creating Space: Urbanity and Modernity in the Japanese Sport Landscape  3. Sport, Body Control and National Discipline in Prewar and Wartime Japan  Part Two: New Roles, New Faces: Sport in the Service of Various Masters  4. Sport and Gender in the Japanese Classroom  5. How to Sell a Public Good: The Current State of Sport Supply in Japan  6. Sport and Challenges of the Aged Society in Japan  7. Health, Lifestyle Risks and the Japanese Obesity Crisis  8. The World Cup Comes to Town: Critical Investigation of the Political Economy of Sport Mega-Events  Part Three: Global Dimensions: Sport and Geo-Politics of the Body  9. The Global Game in the Service of Japan’s Foreign Diplomacy  10. Sport, Spectacles and Subalternity: Positioning East Asia in World Sports  11. Japan, Asia and the New International Division of Sport Apparel Labour.  Epilogue: Japanese Sport and Global Body Culture.

Wolfram Manzenreiter is a Professor in the Department of Japanese Studies at the University of Vienna.

"Going beyond the narrative and descriptive, this book is required reading for those serious about examining sport in new ways.  But it is not light reading and will challenge even advanced scholars.  Summing Up: Recommended." – L. A. Heaphy, Kent State University in CHOICE