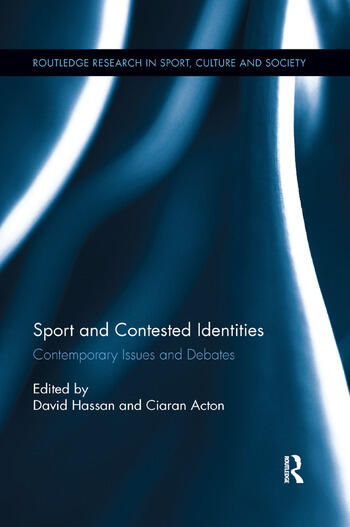 Identity is one of the most theorised and contested of all sociological concepts and sport is fertile ground for an examination of its complexities. This book offers a wide-ranging and up-to-date exploration of the sport-identity nexus, drawing examples from a variety of sporting contexts and geographical locations, and incorporating a diversity of perspectives including players, spectators, officials, the media and policy-makers.

Covering key themes in the social scientific study of sport such as gender, ethnicity and national identity, it considers the impact of social, cultural and technological change on the formation of sporting identities. Including original real-life case studies, each chapter makes a unique contribution to our understanding of the complex relationship between sport and identity. As this relationship is embedded within the broader structures of power that frame social inequality, this book also poses important questions about the role of sport-related initiatives in our society today, as well as in years to come.

is fascinating reading for all students and scholars of the sociology of sport.

1. The Under-representation and Racialized Experiences of Minority Coaches in High Level Coach Education in Professional Football in England

2. The Good Friday Dis-Agreement: Sport and Contested Identities in Northern Ireland since 1998

3. Sporting Spaces and Identity Construction: The Formation and Display of Culture and Identity among Cricket Supporters

4. British Asians and Football: Exploring the Rise and Popularity of Pujabi and Bangla Fans

6. A Level Playing Field: Gender Sexuality and Exclusion in Sport

7. A State Within a State in the Nation: Historicising the Alleged Discrimination against Bengal and its Cricketers

9. From the Margins to the Pitch: Cricket, Migration and Social Resources

12. The Evidence of Things Not Seen: Tackling Racism and Discrimination in Grassroots Sport

David Hassan is Associate Dean of the Faculty of Life and Health Sciences and Professor of Sport Policy and Management at Ulster University in Northern Ireland, UK. He has published 13 books and over 170 other publications, many examining the evolution and development of sport in Ireland and Britain.

is a Course Director and Lecturer in Sociology at Ulster University in Northern Ireland, UK, and Senior Fellow of the Higher Education Academy