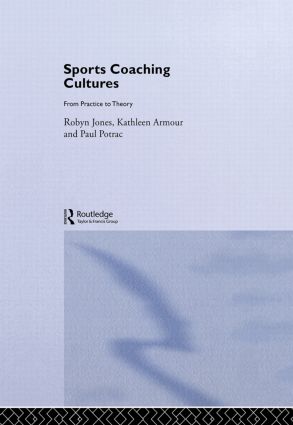 From Practice to Theory, 1st Edition

Responding to the fast growing subject in academic sports departments, this groundbreaking new coaching studies text offers a view that focuses the coach as a person and the coaching practice as a complex social encounter.

Unlike existing titles in the field which look at coaching as a science, this book examines the personalities, histories, relationships and individual styles of eight coaches at the top of their profession.

One-to-one interviews with some of the best-known and respected elite sports coaches include Steve Harrison, Hope Powell and Graham Taylor from football; Ian McGeechan and Bob Dwyer from rugby; Di Bass from swimming; Lois Muir from netball; and Peter Stanley from athletics; and form the basis for subsequent exploration of four key themes in sports coaching:

* the coach's interaction with athletes

This text will be of significant interest to students of coaching science and sports science, and will appeal to the considerable body of amateur sports coaches with an interest in the styles of those at the top.

'Sports Coaching Cultures is an easy to read, yet thought-provoking book which provides an open and honest account of the work of eight elite coaches from the world of sport … [It] is both well written and logically structured.' - European Physical Education Review

Who are the Coaches?

Interview Framework and presentation of the coaches' stories