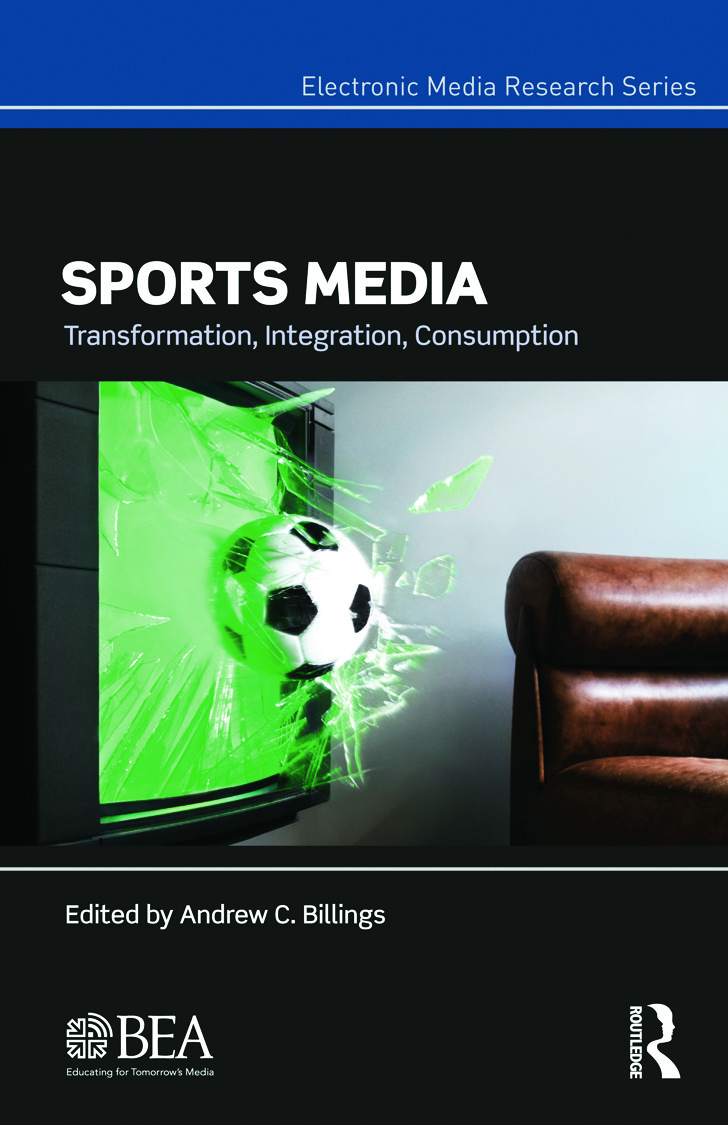 Looking toward a future with increasingly hybridized media offerings, Sports Media: Transformation, Integration, Consumption examines sports media scholarship and its role in facilitating understanding of the increasingly complex world of sports media. Acknowledging that consumer demand for sports media content has influenced nearly every major technology innovation of the past several decades, chapters included herein assess existing scholarship while positing important future questions about the role sports media will play in the daily lives of sports fans worldwide. Contributions from well-known scholars are supplemented by work from younger researchers doing new work in this area.

Developed for the Broadcast Education Association's Electronic Media Research series, this volume will be required reading for graduate and undergraduate students in media, communication, sociology, marketing, and sports management, and will serve as a valuable reference for future research in sports media.

Keeping Score: Reflections and Suggestions for Scholarship on Sports and Media

The Power of a Fragmented Collective: Radical Pluralist Feminism and Technologies of the Self in the Sports Blogosphere

Sports Media: Beyond Broadcasting, Beyond Sports, Beyond Societies?

From Analysis to Aggression. The Nature of Fan Emotion, Cognition, and Behavior in Internet Sports Communities

The Less You Say: An Initial Study of Gender Coverage in Sports on Twitter

Sport, Identities, and Consumption: The Construction of Sport at ESPN.com

Reaction Time: Assessing the Record and Advancing a Future of Sports Media Scholarship

holds the Ronald Reagan Chair of Broadcasting in the College of Communication at the University of Alabama. He studies sports communication and mass media, particularly focusing on the portrayal of identity within televised sport.

In 2008, the Broadcast Education Association initiated a new program promotion original research. The result was the creation of the BEA Research Symposium and publications. The purpose of the BEA Symposium is as a catalyst for future research. It honors leading scholars of the discipline and features their work along with new and upcoming scholarship. The Electronic Media Research Series was established in 2010. Along with the BEA Research Symposium Series, this series provides keystone research texts for those researching with the discipline. It will bring the reader up to-date relative to the topics and it reflect the current work within the field as well as providing a comprehensive bibliography and index, facilitating further research.