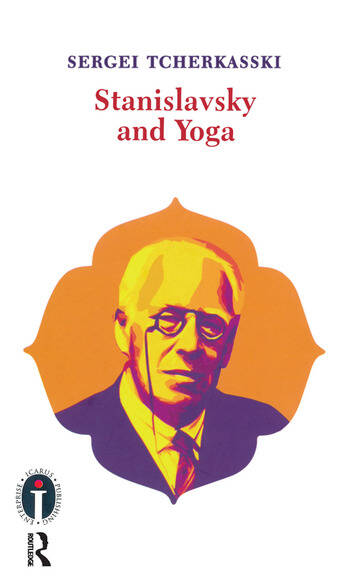 This book deals with one of the most important sources of the Stanislavsky System - Yoga, its practice and philosophy. Sergei Tcherkasski carefully collects records on Yoga in Stanislavsky's writings from different periods and discusses hidden references which are not explained by Stanislavsky himself due to the censorship in his day. Vivid examples of Yoga based training from the rehearsal practice of the Moscow Art Theatre and many of Stanislavsky's studios (the First Studio in 1910s, the Second Studio and Opera Studio of the Bolshoi Theatre in 1920s, Opera-Dramatic Studio in 1930s) are provided.

The focus of Tcherkasski's research consists of a comparative reading of the Stanislavsky System and Yogi Ramacharaka's books, which were a main source for Stanislavsky. Accordingly, Tcherkasski analyzes elements of the System based on Yoga principles. Among them are:

Special attention is paid to the idea of the superconscious in Yoga, and in Ramacharaka's and Stanislavsky's theories.

Tcherkasski's wide-ranging analysis has resulted in new and intriguing discoveries about the Russian master. Furthermore, he reveals the extent to which Stanislavsky anticipated modern discoveries in neurobiology and cognitive science.

In this book Tcherkasski acts as a researcher, historian, theatre director, and experienced acting teacher. He argues that some forty per cent of basic exercises in any Stanislavsky based actor training program of today are rooted in Yoga. Actors, teachers, and students will find it interesting to discover that they are following in the footsteps of Yoga in their everyday Stanislavsky based training and rehearsals.

chapter i yoga in the theatre practice of stanislavsky

Yoga in the First Studio of the Moscow Art Theatre

Yoga in the Opera Studio

Yoga and the Late Period of Stanislavsky’s Work (1930s)

chapter ii yoga in the literary heritage of stanislavsky

Yoga of the Twentieth Century and its Ancient Roots

A Comparative Reading of Stanislavsky and Ramacharaka

The final chapter explores the broader correspondences and divergences between the System and core elements of yoga. In this careful study, Tcherkasski makes a strong case for the continuity, rather than the oft-cited break, between old and new Stanislavsky, and illuminates the significance of yoga to modern actor training in and beyond Stanislavsky’s works.
Coleman Nye, The Drama Review, Volume 62, Number 3, Fall 2018