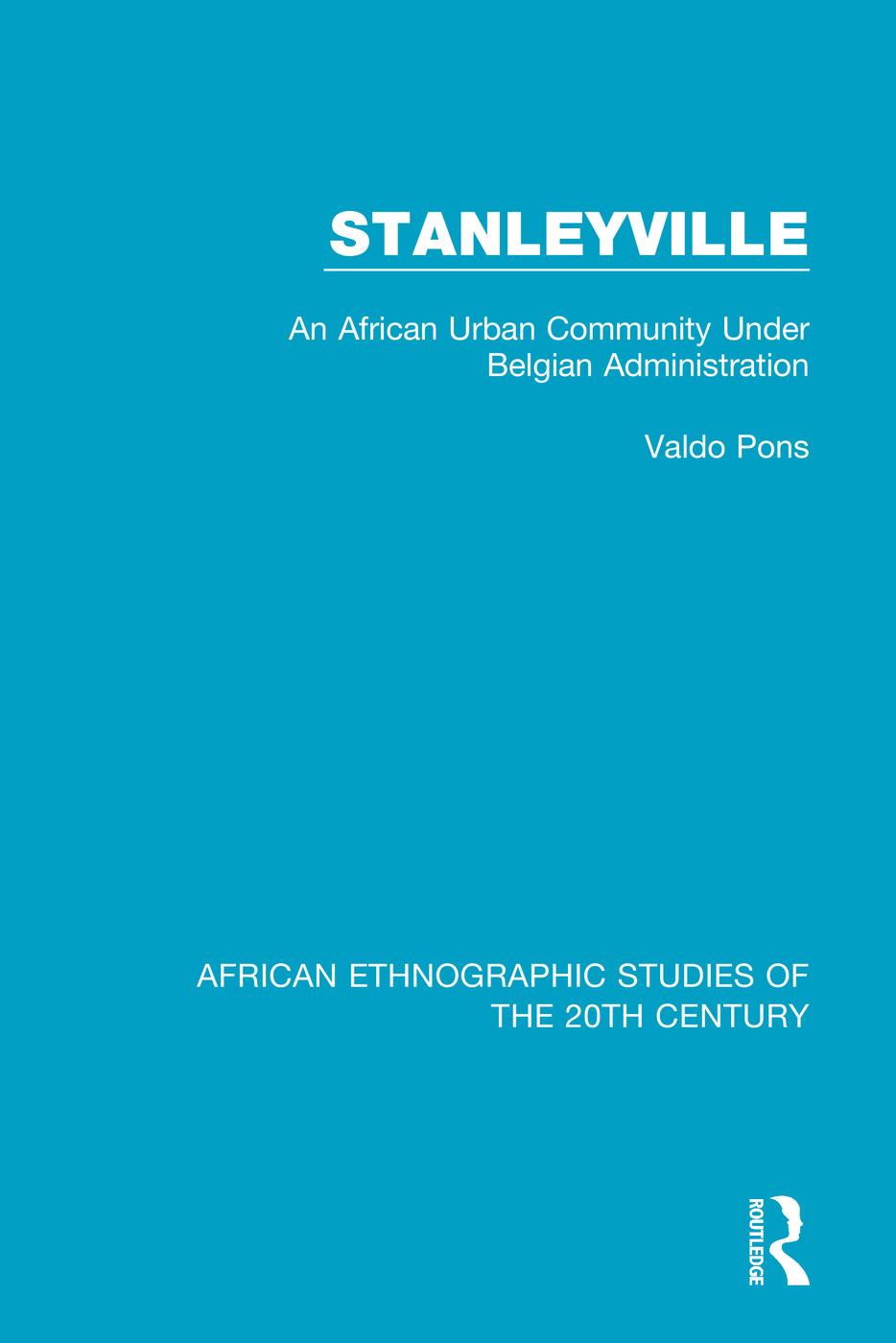 Originally published in 1969, this is a study of the Congolese community of Kinsangani (formerly Stanleyville), as it was in 1952-3 under Belgian administration. It pays particular attention to the tribal heterogeneity of the community, and to the processes of absorption of urban-dwellers who made up substantial proportions of the population. Although by comparison with Kinshasa and Lubambashi, Kisangani was a minor boom-town and by far the largest and most diversified urban centre in a vast and varied region. The book analyses the diversity and growth of the community and traces some of the many social implications for day to day life of ethnic heterogeneity and rapid population increase, developing concepts of cleavage and solidarity in changing urban communities in Southern and Central Africa. It emphasizes similarities as well as differences in the varied patterns and processes of African urbanization.

Part 2: The Context of Social Relations

2. The Nature of the Town and of its African Community

Part 3: The Nature of Social Relations

7. The Social Relations of Three Men from Avenue 21

8. Relations Between the Sexes

9. Avenue 21 and the Wider Community. Appendices.