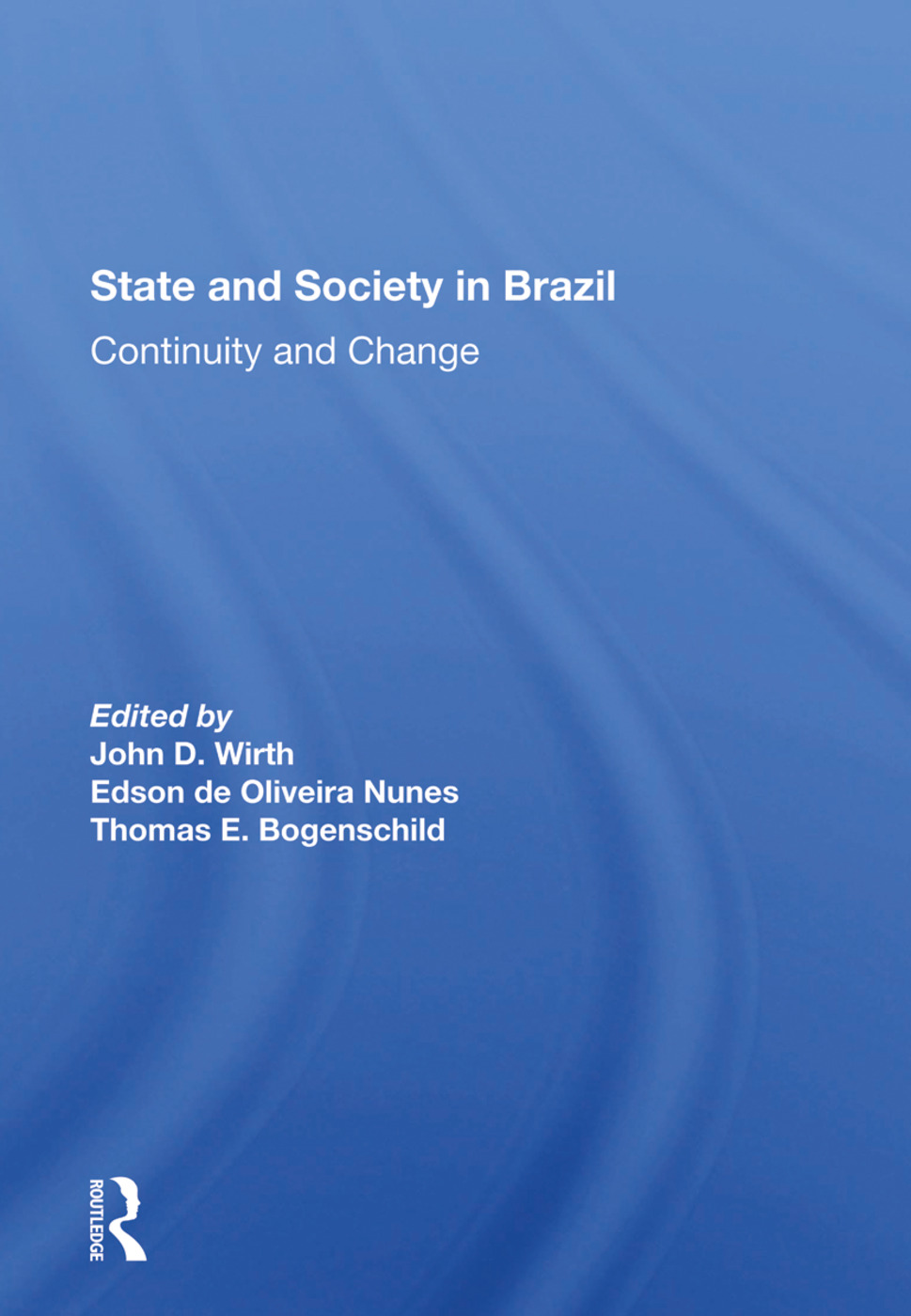 State And Society In Brazil

This volume grew out of a conference series sponsored jointly by the Stanford-Berkeley Joint Center for Latin American Studies and the Instituto Universitario de Pesquisas do Rio de Janeiro (IUPERJ). Entitled "Opportunities and Constraints in Peripheral Industrial Society: The Case of Brazil," the first conference was held in Nova Friburgo in July 1983 and was followed up by another at Berkeley in late January 1984. In the course of our discussions, the subject matter widened so that a new title was chosen for this book. Also,in the interim, as Brazil made the transition to democracy and returned to economic growth, many topics on the agenda for the 1980s emerged in clearer focus, so that the chapters have all been sharpened and upgraded. In the division of labor that produced this book, Nunes coordinated the project at Berkeley and in Brazil, while Wirth and Bogenschild did the editing.

John D. Wirth is professor of history at Stanford University. Edson de Oliveira Nunes is director of the Brazilian Institute of Geography and Statistics in Rio de Janeiro. Thomas E. Bogenschild is program coordinator for the Stanford-Berkeley Joint Center for Latin American Studies.