State and Society in the Ottoman Empire 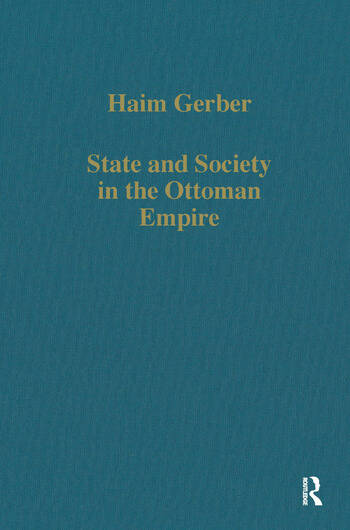 State and Society in the Ottoman Empire

This book has three main themes: the socio-economic history of Turkish society in the 17th-18th centuries; the outcome of the Tanzimat (Reforms) in the province of Jerusalem, as an example of the whole phenomenon; and the historical origins of Turkish and Arab identities leading to the modern phenomenon of nationalism. Many of the studies are based on archival research, and the documents give a new picture of the issues involved. Thus, women were much more involved in the public arena and in economic life of the city that formerly thought; the urban family at this time was much smaller and nuclear-like, on the whole much more modern looking than anticipated. In the same way, Turkish society was far from being despotically oppressed by the Ottoman centre, with several institutions existing in it that gave substance to the term civil society. In the context of the 19th century it was found that, judging by the case of the province of Jerusalem, the final phase of the Tanzimat really tipped the balance in favour of the success of this whole movement of Reform: Ottoman society and Ottoman state became much more orderly and at ease with themselves than before, or at least than the stormy decades of the early 19th century. The final studies show that the Ottoman period and the structure of the Ottoman state, more properly, exerted much influence on the forms of nationalism that developed in the Middle East after the Ottoman downfall.

Contents: Preface; Part 1 The Classical and Early Modern Period: Law, Economy and Society: The Waqf institution in early Ottoman Edirne; The Muslim law of partnerships in Ottoman court records; The monetary system of the Ottoman empire; Social and economic position of women in an Ottoman city, Bursa, 1600-1700; Anthropology and family history: the Ottoman and Turkish families; Muslims and Zimmis in Ottoman economy and society: encounters, culture and knowledge; The public sphere and civil society in the Ottoman empire; Rigidity versus openness in late classical Islamic law: the case of the 17th-century Palestinian mufti Khayr al-Din al-Ramli. Part 2 The 19th Century: Reforms and Socio-Economic Life: The Ottoman administration of the sanjaq of Jerusalem 1890-1908; A new look at the Tanzimat: the case of the province of Jerusalem; The population of Syria and Palestine in the 19th century; Modernization in 19th-century Palestine: the role of foreign trade. Part 3 Ethnosymbolism in the Middle East: Identity and Early Nationalism: 'Palestine' and other territorial concepts in the 17th century; The limits of constructedness: memory and nationalism in the Arab Middle East; The Muslim umma and the formation of Middle Eastern nationalisms; Index.

Haim Gerber is an Emeritus Professor in the Institute of Asian and African Studies, The Hebrew University of Jerusalem, Israel

'I recommend Gerber's State and Society in the Ottoman Empire not only to Ottoman scholars, but to early modernists working on state formation and the relation of ecclesiastical law to the unification of national legal systems, as well as to women historians, and, of course, to contemporary scholars.' Sixteenth Century Journal