Statistical Learning using Neural Networks: A Guide for Statisticians and Data Scientists with Python introduces artificial neural networks starting from the basics and increasingly demanding more effort from readers, who can learn the theory and its applications in statistical methods with concrete Python code examples. It presents a wide range of widely used statistical methodologies, applied in several research areas with Python code examples, which are available online. It is suitable for scientists and developers as well as graduate students.

This book is suitable for both teaching and research. It introduces neural networks and is a guide for outsiders of academia working in data mining and artificial intelligence (AI). This book brings together data analysis from statistics to computer science using neural networks.

Basilio de Bragança Pereira, DIC and PhD (Imperial Collage), is Professor Emeritus of the Federal University of Rio de Janeiro (UFRJ) where he has worked since 1970, in the Institute of Mathematics, Postgraduate School of Engineering (COPPE) and School of Medicine. Associate Professor at the Institute of Mathematics (1970–1989 and 1994–1997), Research Professor at COPPE (1970–present), Titular Professor of Applied Statistics at COPPE (1989–1994, retired), Titular Professor of Biostatistics at the School of Medicine (1998–2015, retired). Since 2018, he is a courtesy researcher at National Laboratory for Scientific Computing (LNCC).

Calyampudi Radhakrishna Rao, PhD and DSc (Cambridge), is Fellow of Royal Society known as C R Rao. He is Professor Emeritus at Pennsylvania State University and Research Professor at the University at Buffalo. Rao was awarded the US National Medal of Science in 2002 and the Guy Medal of the Royal Statistical Society in 1965, Silver, and in 2011, Gold. He is one of the top 10 Indian scientists of all time. He received 38 honorary doctoral degrees from universities in 19 countries. He is well-known for Cramér–Rao inequality, Rao–Blackwellization, Rao distance, Fisher–Rao metric, among other important concepts introduced by him.

Fábio Borges de Oliveira, Dr.-Ing. (TU Darmstadt), is Professor at National Laboratory for Scientific Computing (LNCC) where he gives lectures on cryptography and on artificial intelligence applied to security and privacy for PhD students. He also works in the areas of smart grids, high performance computing, and algorithms. From 1994 to 2002, he worked at Londrina State University, where he provided support to its Computational Mathematics Lab. He was lecturer and taught several subjects. He is an IEEE Senior Member and received the Latin America Distinguished Service Award by IEEE Communications Society in 2018.

'Statistical Learning Using Neural Networks is a user-friendly introductory textbook into a timely topic of increasing presence in the daily work of biostatisticians involved in collaborative research with clinicians.' 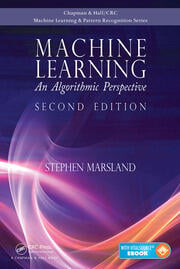 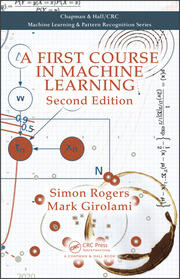 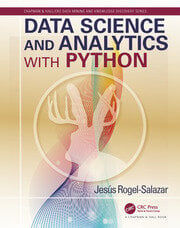