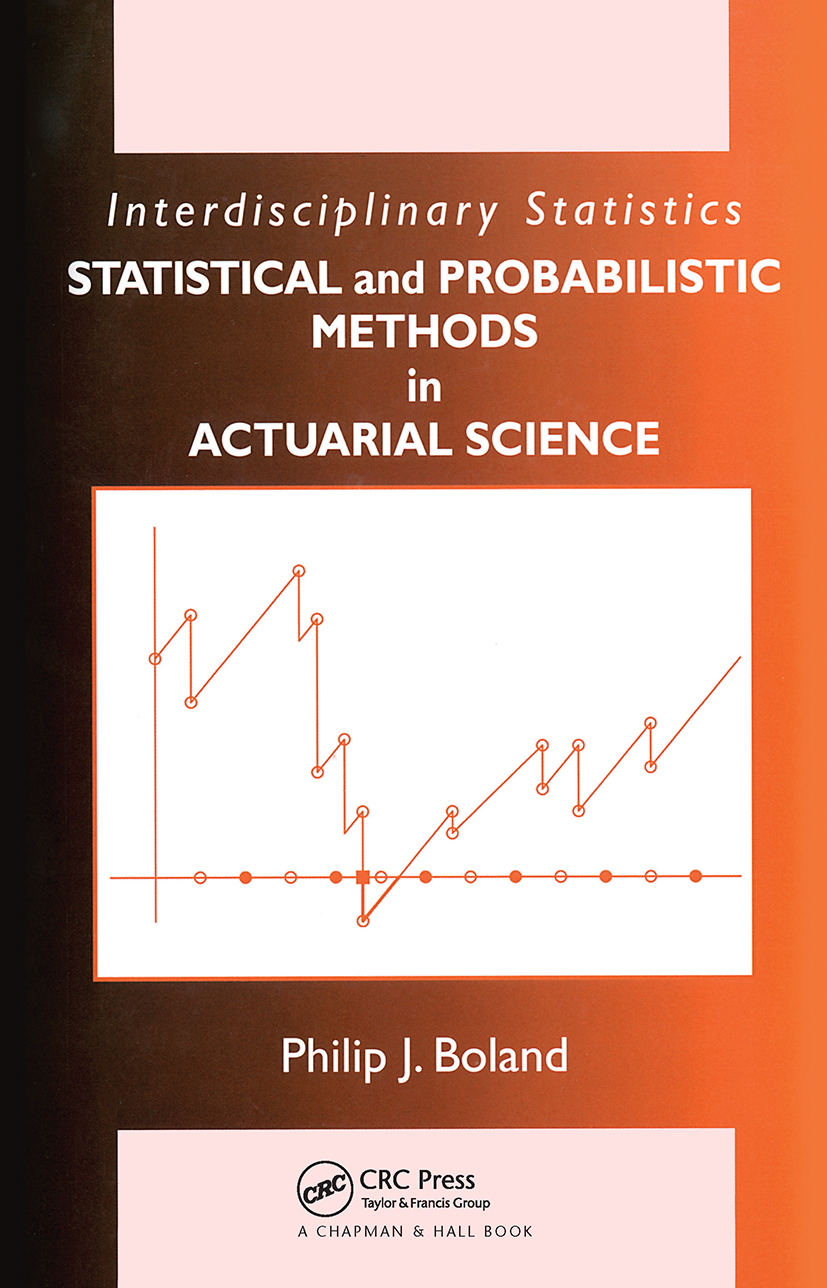 Statistical and Probabilistic Methods in Actuarial Science covers many of the diverse methods in applied probability and statistics for students aspiring to careers in insurance, actuarial science, and finance. The book builds on students’ existing knowledge of probability and statistics by establishing a solid and thorough understanding of these methods. It also emphasizes the wide variety of practical situations in insurance and actuarial science where these techniques may be used.

Although some chapters are linked, several can be studied independently from the others. The first chapter introduces claims reserving via the deterministic chain ladder technique. The next few chapters survey loss distributions, risk models in a fixed period of time, and surplus processes, followed by an examination of credibility theory in which collateral and sample information are brought together to provide reasonable methods of estimation. In the subsequent chapter, experience rating via no claim discount schemes for motor insurance provides an interesting application of Markov chain methods. The final chapters discuss generalized linear models and decision and game theory.

Developed by an author with many years of teaching experience, this text presents an accessible, sound foundation in both the theory and applications of actuarial science. It encourages students to use the statistical software package R to check examples and solve problems.

This book is meant to serve as a textbook for students seeking careers in insurance, actuarial science, or finance. … The author provides a variety of worked examples in each chapter to illustrate the main ideas, with an emphasis on those of more numerical and practical nature. Although good references for further reading are provided, basic knowledge in probability and statistics is required. This book will also serve as a nice reference for an insurance analyst.

… There are not many other books that cover actuarial topics based on statistical methods in so complete a way as this one. … this book is quite adequate as a companion book for anyone in involved with the mathematical concepts of statistics and probability models in actuarial science, and it is essential in a university library where these topics are taught.

… The book has grown out of lecture notes and gives an overview on mathematical techniques used in actuarial practice. The main focus of the book is general insurance (property and casualty insurance, nonlife insurance). Besides theory, the book gives many exercises and presents R code.

This is a very nice book.

The Evolving Nature of Claims and Reserves

The Average Cost per Claim Method

The Bornhuetter-Ferguson or Loss Ratio Method

An Example in Pricing Products

Statistical Modeling and the Separation Technique

Premiums and Reserves for Aggregate Claims

The Probability of Ruin in a Surplus Process

Probability of Ruin and the Adjustment Coefficient

Reinsurance and the Probability of Ruin

The Bayesian Approach to Credibility Theory

No Claim Discounting in Motor Insurance

Introduction to No Claim Discount Schemes

Transition in a No Claim Discount System

Propensity to Make a Claim in NCD Schemes

The Structure of Generalized Linear Models

Appendix B: Some Basic Tools in Probability and Statistics

No Claim Discounting in Motor Insurance