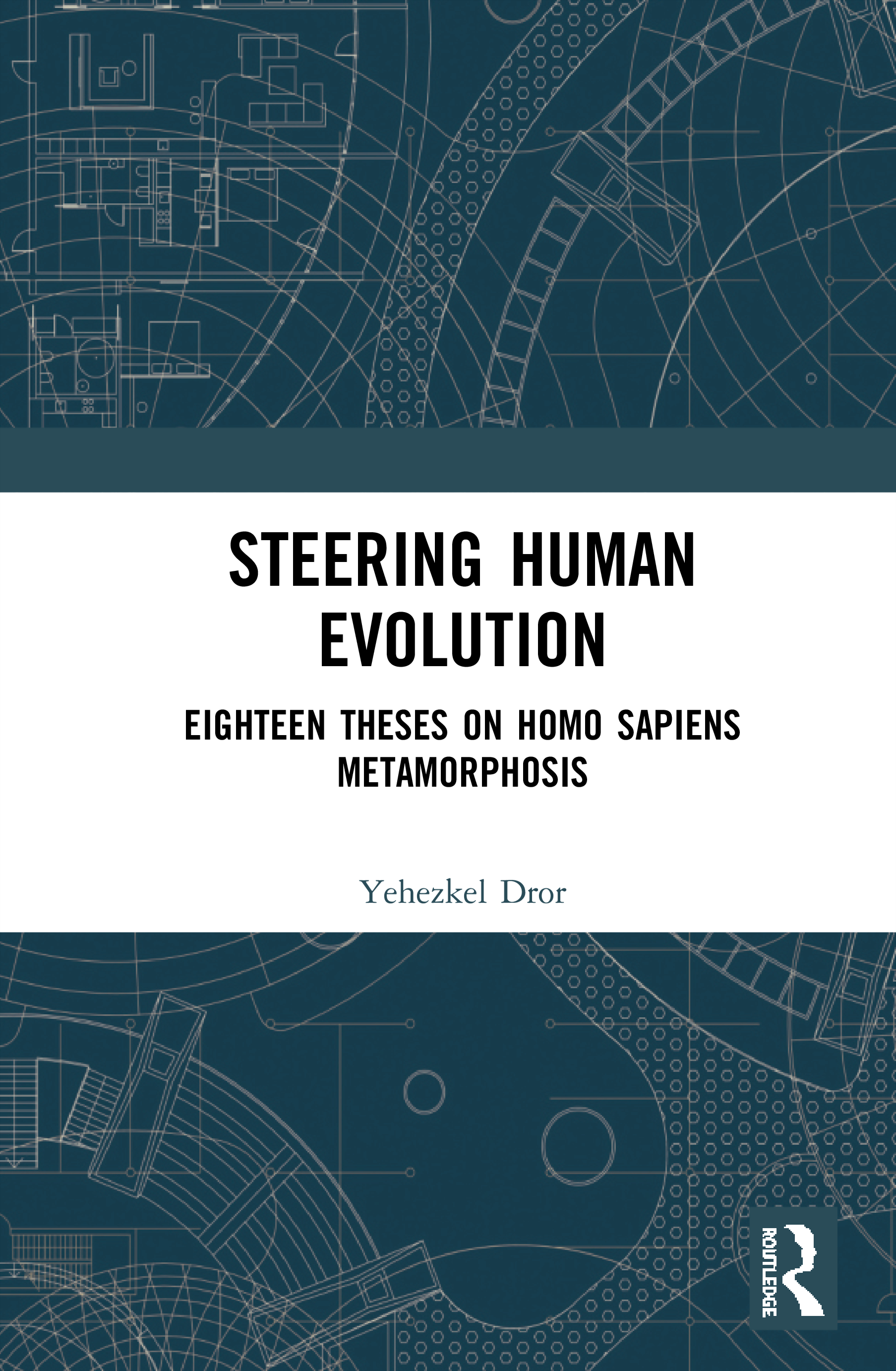 Humanity must steer its evolution.

As human knowledge moves a step ahead of Darwin’s theories, the book presents the emergence of human-made metaevolution shaping our alternative futures. This novel process poses fateful challenges to humanity, which require regulation of emerging science and technology which may endanger the future of our species. However to do so successfully, a novel ‘humanity-craft’ has to be developed; main ideologies and institutions need redesign; national sovereignty has to be limited; a decisive global regime becomes essential; some revaluation of widely accepted norms becomes essential; and a novel type of political leaders, based on merit in addition of public support, is urgently needed.

Taking into account the strength of nationalism and vested interests, it may well be that only catastrophes will teach humanity to metamorphose into a novel epoch without too high transition costs. But initial steps, such as United Nation reforms, are urgent in order to contain calamities and may soon become feasible.

Being both interdisciplinary and based on personal experience of the author, this book adds up to a novel paradigm on steering human evolution. It will be of great interest to scholars and researchers of modern history, evolution sciences, future studies, political sciences, philosophy of action, and science, and technology. It will also be of wide appeal to the general reader anxious about the future of life on earth.

Overture 1. Thesis One: There is Total Novelty Under the Sun: Meta-Evolution 2. Thesis Two: Integrated Biocultural Coevolution Shapes Our Macro-History 3. Thesis Three:Human Novogenesis Arsenal Has Achieved Critical Mass and is Increasing 4. Thesis Four: We are Tumbling into “Out of Context” Metamorphosis 5. Thesis Five: Passions Make the World Go Around 6. Thesis Six: Humanity Becomes a Sorcerer‘s Apprentice 7.Thesis Seven: Top-Quality Steering of Human Evolution is Mandatory, but Very Exacting 8. Thesis Eight: It is High Noon for Humankindy to Mature as a Collective Moral Deliberative Agency 9. Thesis Nine: Forbidding Question: “Who Shall Decide?” 10. Thesis Ten: A Global Political Leadership Seminary Can Help, Though Much More is Needed 11. Thesis Eleven: Without a “Wise Global Leviathan” Humanity is Probably Doomed 12. Thesis Twelve: Bottom-Up and Top-Down Soft Social Architecture is Essential for Worthwhile Human “Being” 13. Thesis Thirteen: Evolution Steering Involves Tragic Fuzzy Gambles for Fateful Stakes 14. Thesis Fourteen: Neoscentrism is Proposed as Basic Norm 15. Thesis Fifteen: Outstanding Evolution-Steering Phronēsis Needs Nurturing 16. Thesis Sixteen: A Global Network Think Tank is Essential, Together with Training of Humanity-Craft Pofessionals 17. Thesis Seventeen: Catastrophes are Unavoidable. BUT, Paradoxically, May Enable Humankind to Rise Phoenix-Like 18. Thesis Eighteen: Humanity Beyond Earth is Needed as “Back-Up” 19. Epilogue: In the Long Run, without a Second Axial Age Humanity is apt to Get Lost in a Spiritual Wilderness

Yehezkel Dror, a contemplative policy scientist, was born in 1928 and has lived in Israel since 1938. He holds a BA and Magister Juris from Hebrew University, and LLM and SJD from Harvard University. He is Emeritus Professor of political science and public administration at the Hebrew University of Jerusalem. He won the Israel Prize in 2005 and has been an advisor to Israeli prime ministers. The Founding President of Jewish People Policy Institute, he also serves as an international consultant on policy planning and has been a mentor to senior political leaders.

He is the author of the books Public Policymaking Reexamined, Capacities to Govern, Crazy States, Israeli Statecraft and For Rulers. He is also Honorary Member, Club of Rome, Emeritus Fellow, World Academy of Art and Science, and Member, European Academy of Sciences and Arts.