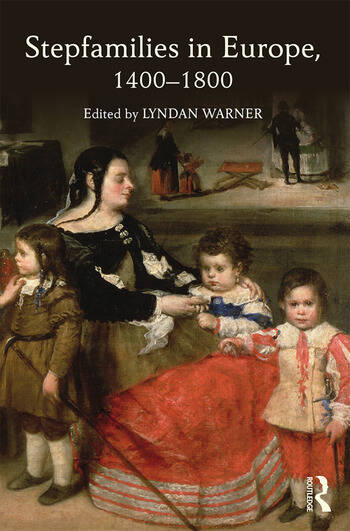 Stepfamilies were as common in the European past as they are today. Stepfamilies in Europe, 1400–1800 is the first in-depth study to chart four centuries of continuity and change for these complex families created by the death of a parent and the remarriage of the survivor. With geographic coverage from the Mediterranean to Scandinavia and from the Atlantic coast to Central Europe, this collection of essays from leading scholars compares how religious affiliation, laws and cultural attitudes shaped stepfamily realities.

Exploring stepfamilies across society from artisans to princely rulers, this book considers the impact of remarriage on the bonds between parents and their children, stepparents and stepchildren, while offering insights into the relationships between full siblings, half siblings and stepsiblings.

The contributors investigate a variety of primary sources from songs to letters and memoirs, printed Protestant funeral works, Catholic dispensation requests, kinship puzzles, legitimation petitions, and documents drawn up by notaries, to understand the experiences and life cycle of a family and its members – whether growing up as a stepchild or forming a stepfamily through marital choice as an adult.

Featuring an array of visual evidence, and drawing on topics such as widowhood, remarriage, and the guardianship of children, Stepfamilies in Europe will be essential reading for scholars and students of the history of the family.

Lyndan Warner is Associate Professor of History at Saint Mary’s University, Canada. Her previous publications include Widowhood in Medieval and Early Modern Europe with Sandra Cavallo (1999) and The Ideas of Man and Woman in Renaissance France: Print, Rhetoric, and Law (2011).

'Even more so than today, stepfamilies played a prominent role in early modern Europe. With contributions from across Europe, as well as analyses of Catholic, Protestant, and Jewish families, Stepfamilies in Europe, 1400-1800 offers the most comprehensive discussion of early modern stepfamilies to date. This fine collection will force scholars to rethink their understandings not only of early modern family structures, but also the complexities of family dynamics, the roles of women, and the experiences of children.'

'This important, stimulating and highly readable book shows that the history of stepfamilies is both a story of vulnerability and one of human solidarity and support. Drawing on legal practice, funeral sermons, folklore and a treasure of visual representations, Stepfamilies in Europe, 1400–1800 opens up a fascinating chapter in the history of families, laws and emotions.'

'[...]this collection is an excellent overview of work already done in the field of stepfamily history and offers a necessary addition to the complicated picture of family life in early modern Europe. Warner effectively situates the research alongside broader trends and individual chapters outline elements of stepfamily life in specific countries and regions.'
Dr Maria Cannon, University of Portsmouth, UK