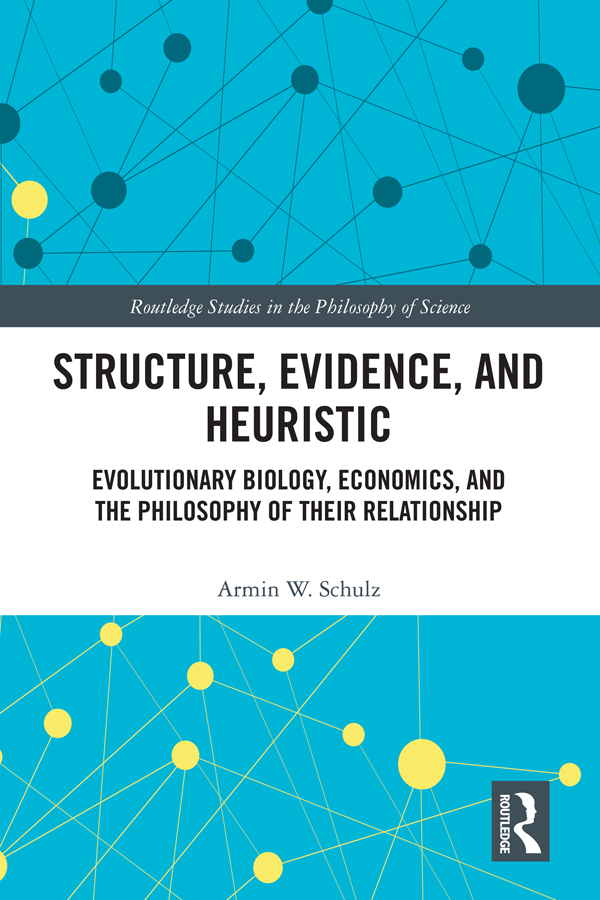 Evolutionary Biology, Economics, and the Philosophy of Their Relationship, 1st Edition

This book is the first systematic treatment of the philosophy of science underlying evolutionary economics. It does not advocate an evolutionary approach towards economics, but rather assesses the epistemic value of appealing to evolutionary biology in economics more generally.

Structure, Evidence, and Heuristic will be of interest to scholars and advanced students working in philosophy of science, philosophy of social science, evolutionary biology, and economics.

"Schulz addresses the value of the emerging interdisciplinary field of evolutionary economics by considering its contributions in three main areas—the structural, evidentiary, and heuristic. The result is a clear-eyed and thoughtful assessment of the merits of evolutionary economics that highlights both the contexts in which it is useful and those in which it is not. This book will be valuable for shaping the direction of the field, and to anyone who is interested in a strong framework for assessing a newly emerging interdisciplinary field." – Sarah F Brosnan, Georgia State University, USA

Chapter 2: Economic Choice as a Selective Process (The Structural Project I)

Chapter 4: Of Macaques and Men: The Comparative Approach towards Economic Decision Making (The Evidential Project I)

Chapter 5: Not All the Same: The Selection-Based Approach towards Economic

Armin W. Schulz is associate professor of philosophy at the University of Kansas. His research concerns the implications of evolutionary biological considerations for the social and cognitive sciences. He is the author of Efficient Cognition: The Evolution of Representational Decision Making (2018), and over 20 published papers.