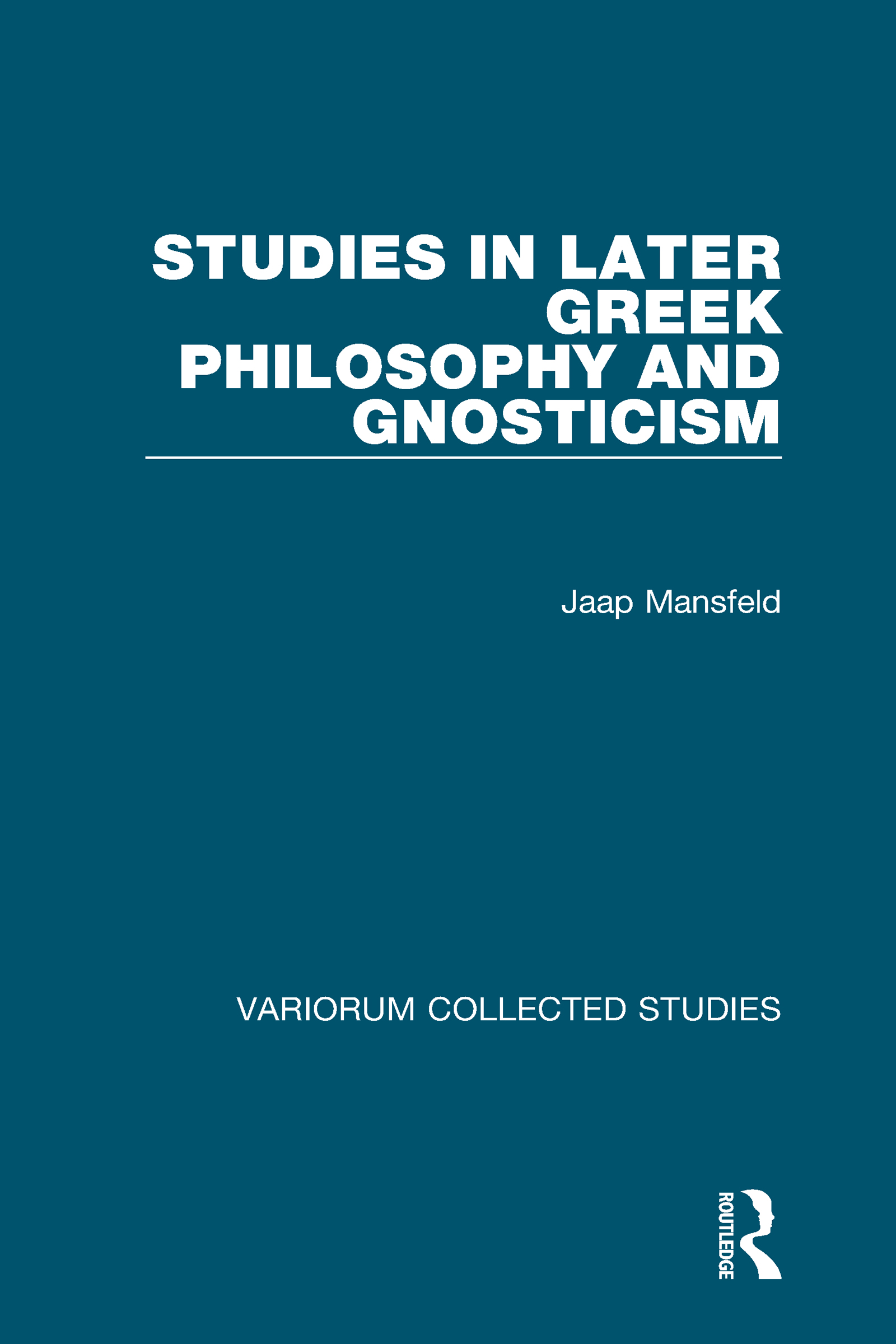 It is a curious fact that many of the sources for the Presocratic and Stoic philosophers are early Christian authors; similarly, one can even find an echo of Parmenides in a Gnostic treatise from Nag Hammadi. Such writers were often dependent for their knowledge on a whole chain of previous interpretations and traditions, and it is these with which Professor Mansfeld is here largely concerned. He has tried to discover what in an earlier writer - Plato, and Aristotle, of course, as well as the Early Greeks - was of interest to a later one, notably the Middle Platonists. These articles demonstrate the value of such an approach, showing how a familiarity with the later history of an idea, say in a Gnostic text, can contribute to the understanding of the idea itself; or how the study of the selection of ideas used by Philo, for instance, not only sheds light on his own projects, but also helps explain why some motifs survived and not others, and why philosophical thought took the directions it did.

Contents: Preface; Providence and the destruction of the universe in early Stoic thought; Resurrection added: the interpretatio christiana of a Stoic doctrine; Techne: a new fragment of Chrysippus; The Cleanthes fragment in Cicero, De natura deorum, II 24; Some Stoics on the soul; Three notes on Albinus; Heraclitus, Empedocles and others in a Middle Platonist cento in Philo; Heraclitus fr. B 63 D.-K; On two fragments of Heraclitus in Clement of Alexandria; Philosophy in the service of Scripture; Reviews of O’Brien, Pour interpréter Empédocle, and Mastandrea, Un Neoplatonico Latino: Cornelio Labeone; Alexander and the history of Neoplatonism; Bad world and demiurge: a ’Gnostic’ motif from Parmenides and Empedocles to Lucretius and Philo; Reviews of Alderink, Creation and salvation in ancient Orphism, Pesce, Tavola di Cebete, and Fitzgerald & White, Tabula of Cebes; Hesiod and Parmenides in Nag Hammadi; Addenda; Index.