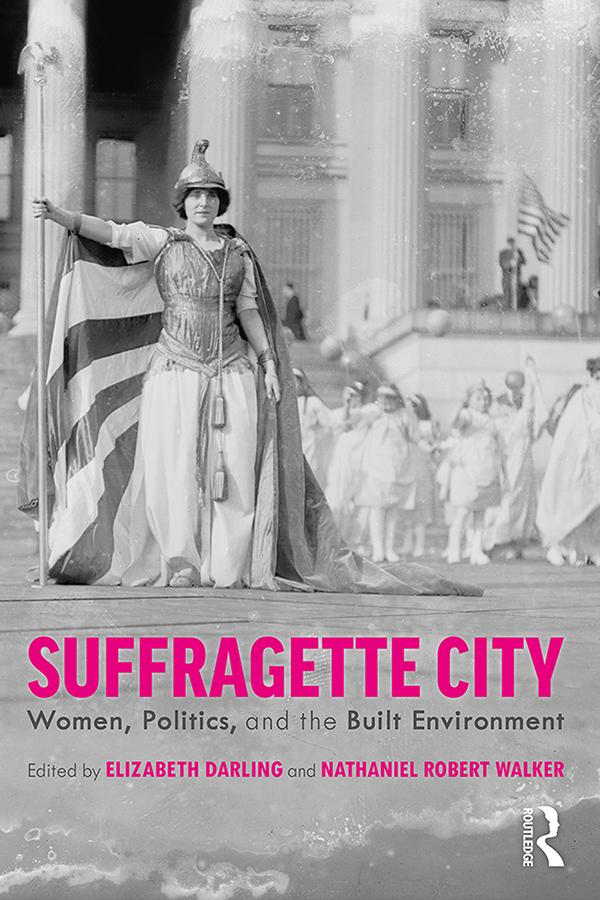 Suffragette City brings together a collection of illustrated essays dedicated to exploring and analysing cases in which women have resourcefully leveraged or defied the politics of gender to form and reform architecture and urbanism. Throughout much of modern history, women have been assigned to the margins and expected to play passive social roles. Suffragette City draws on nineteenth- and twentieth-century architectural case studies from the English-speaking world, including the USA, South Africa, Scotland, India and England, to examine places and moments when women stepped into the centre of public life and claimed opportunities to shape the fabrics of their communities. Their engagements with the built environment consistently transcended architecture to achieve the level of urbanism, as whole networks of relationships came into their purview, transforming the architecture of socio-political connection as well as the confronting the physical divisions that have historically lain along racial, economic and gendered lines. Academics, researchers and students engaged in architectural history, theory, urbanism, gender studies and social and cultural history will be interested in this fascinating, politically-charged text.

"Suffragette City: Gender, Politics and the Built Environment is a wonderful book—a remarkable, timely achievement. Clearly written with verve and with conviction, and using little-known and important examples, the authors share stories of women in architecture and their work to build a better, more just, more equitable world. It is indispensable reading for architects, activists, historians, and women everywhere."

Marta Gutman, The City College of New York and the CUNY Graduate Center

"In the spirit of Emmeline Pankhurst, this valuable collection of histories emphasizes “deeds, not words”: Suffragette City describes a metaphorical place where women design and preserve their cities, transform the professions that marginalized them, and reinvent their homes and architecture in ways previously unimagined by men. It is also, in the end, a call for new deeds to achieve equal rights to the city and to the professions that shape the built environment."

Introduction; PART I: Reconfiguring communities; 1 An urban experiment in spiritual motherhood: gender, class and reform in Edwardian Edinburgh; 2 Amaza’s Azurest: modern architecture and the ‘New Negro’ woman; 3 Life and breath to the city: women, urbanism, and the birth of the historic preservation movement; PART II: Pathfinding in the professions; 4 The ‘minister of municipalities’: shared space and social fabric in the work of Caroline Bartlett Crane; 5 This strange interloper: building products and the emergence of the architect-shopper in 1930s Britain; 6 Adapting and anticipating: the home planning consultancy work of Hilde Reiss and Jane Drew, 1943–45; PART III: Staking claims to urban space; 7 Almost as good as a Frank Gehry: Doris Duke, Maya Lin, and the gendered politics of public space in Newport, Rhode Island; 8 Beyond the bind: architecture, gendered agency and South African urban struggle; 9 Inroads for the outsourced: call-center graveyard shifts and women’s impact on the nocturnal streets of Mumbai, India; Index

Elizabeth Darling is Reader in Architectural History in the School of History, Philosophy and Culture, Oxford Brookes University, UK.

Nathaniel Robert Walker is an Assistant Professor of Architectural History at the College of Charleston, South Carolina, USA.