Summable Spaces and Their Duals, Matrix Transformations and Geometric Properties

Summable Spaces and Their Duals, Matrix Transformations and Geometric Properties

Each chapter contains a conclusion section highlighting the importance of results, and points the reader in the direction of possible new ideas for further study.

Dr. Feyzi Başar is a Professor Emeritus since July 2016, at İnönü University, Turkey. He has published an e-book for graduate students and researchers and more than 150 scientific papers in the field of summability theory, sequence spaces, FK-spaces, Schauder bases, dual spaces, matrix transformations, spectrum of certain linear operators represented by a triangle matrix over some sequence space, the alpha-, beta- and gamma-duals and some topological properties of the domains of some double and four dimensional triangles in certain spaces of single and double sequences, sets of the sequences of fuzzy numbers, multiplicative calculus. He has guided 17 master and 10 Ph.D. students, served as a referee for 121 international scientific journals. He is the member of editorial board of 21 scientific journals. He is also a member of scientific committee of 17 mathematics conferences, delivered talks at 14 different universities as invited speaker and participated in more than 70 mathematics symposiums with papers.

Dr. Hemen Dutta has been rendering his service as teaching faculty member in mathematics at Gauhati University, India. His research areas include functional analysis, mathematical modelling, etc. He has to credit over 100 items as research papers and book chapters, and also 10 books so far. He has acted as resource person in different academic events, and delivered invited talks at national and international levels. He has visited several foreign countries on invitations for research collaboration and delivering talks. He has conducted 5 academic events so far and associated with several conferences in different capacities. He is also involved with publishing thematic issues in journals and book series. He is actively involved in popularizing mathematics education in different ways from school to higher levels. He was honorary joint secretary of the Assam Academy of Mathematics for two years during 2014-2015. He is also a life member of several mathematical societies. He has authored articles for newspaper, scientific magazines, science portals, popular books, etc. 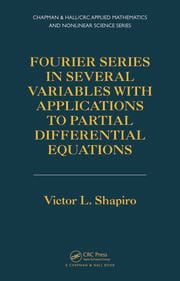