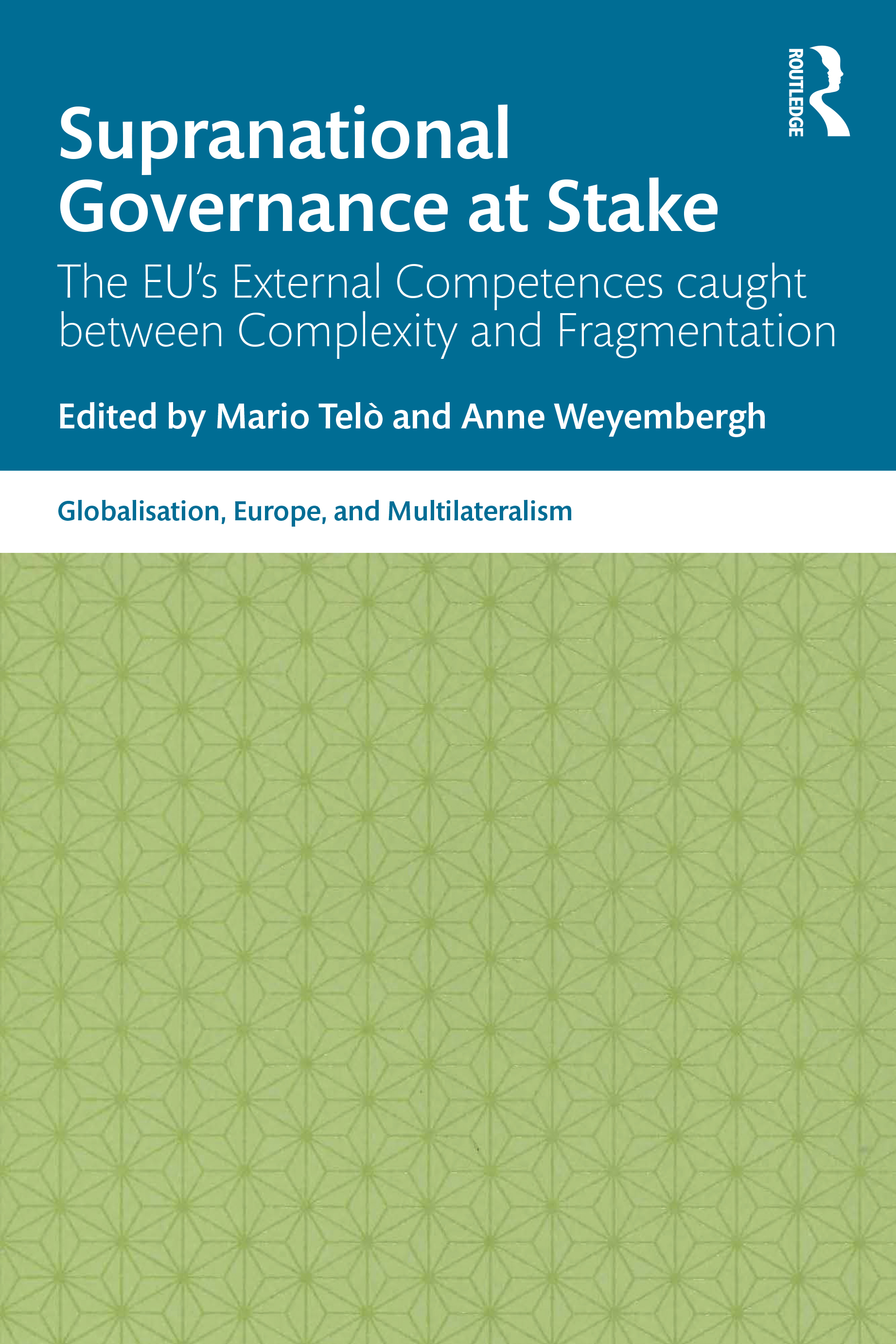 This book examines the varied competences of the European Union (EU) in relation to its capacity to externalize its policy preferences. Specifically, it explores the continued resilience within the EU’s policy toolbox of supranational modes of governance beyond the State.

The book first situates European experiences of supranationality in relations to the wide variety of regional and global modes of governance it comes into contact with when seeking to deal with an increasingly complex and fragmented international environment. Over the course of its subsequent sections, the book analyses the resilience, flexibility and adaptability of the EU’s supranational practices across a significant cross-section of policy fields, for example, Area Freedom of Justice, Justice and Security; Socio-economic Governance; or Trade Policies. Overall, these chapters unpack the impact of the EU’s internal institutional complexity on the EU's external capacity to export its preferences in an increasingly fragmented international environment. This in turn, sees the book also question whether the EU has the institutional tools to guarantee and implement consistency between its internal and external policies.

Part I: Horizontal and Transversal Issues Associated with the EU’s Supranational Competences

1. Supranationality and Sovereignty in an Era of Increasing Complexity and Fragmentation

2. The Implications of Supranationality and Legitimacy: A legal perspective

3. Configuring the Rule of Law in the EU Polity: Between supranationality and sovereignty

Part II: The External Dimension of the EU’s AFSJ

4. External Unity, Institutional Complexity and Structural Fragmentation: The evolution of EU external competence in the AFSJ

5. Externalising the Policy against Trafficking in Human Beings: When supranationality meets its limits

6. Finding a Path through a Multi-headed Interregional Relationship: The EU’s action vis-à-vis the ASEAN region in criminal matters

7. The EU’s Legal Framework and the Limits of its External Environmental Regulatory Influence

8. Global Environmental Complexity and the Limits of the EU’s External Regulatory Actorness

9. The European Union’s External Governance in the Area of Rural Development: Understanding the consequences

Part IV: The External Dimension of the EU’s Contribution Towards Global Economic and Monetary Governance

10. Addressing the Difficulty of How to Represent the Euro Area/EU within the IMF

11. The Economic and Monetary Union (EMU) and Global Macroeconomic Imbalances

13. Commercial Policy: The European Union and the world trade and investment order

14. The Evolution of the EU Investment Policy since the Lisbon Treaty: From a Conservative to an Innovative Policy?

Various Forms of Governance beyond the State: The price to pay for the resilience of European supranationality in the face of complexity and change

Anne Weyembergh is Professor at institut d’études européennes (IEE-ULB) at the Université Libre de Bruxelles (ULB) and Director of the Center for European Law of the Law Faculty at the ULB, Belgium.

is Professor of International Relations at the LUISS-Guido Carli, Rome and IEE-ULB, Brussels, Belgium.