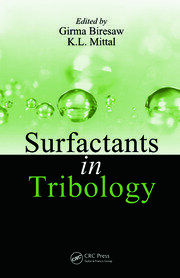 Surfactants play a variety of critical roles in tribology. In addition to controlling friction and wear, they also allow for control of a wide range of properties of lubricants, such as emulsification/demulsification, bioresistance, oxidation resistance, and rust/corrosion prevention. This book explains recent advances in the role of surfactants within the purview of tribology, with an emphasis on product development.

Providing a unique exploration of the nexus between surfactants and tribology, this text represents the cumulative expertise of leading scientists and technologists engaged in the study of surfactants in variegated tribological phenomena. Organized thematically for easy reference, the volume covers—