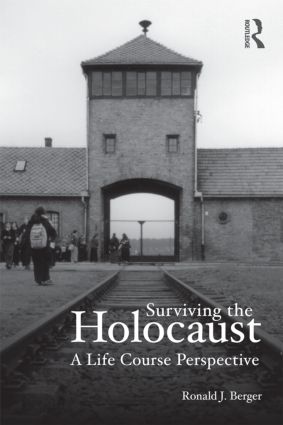 Surviving the Holocaust is a compelling sociological account of two brothers who survived the Holocaust in Nazi-occupied Poland.  One brother, the author’s father, endured several concentration camps, including the infamous camp at Auschwitz, as well as a horrific winter death march; while the other brother, the author’s uncle, survived outside the camps by passing as a Catholic among anti-Semitic Poles, including a group of anti-Nazi Polish Partisans, eventually becoming an officer in the Soviet army.

As an exemplary "theorized life history," Surviving the Holocaust applies concepts from life course theory to interpret the trajectories of the brothers’ lives, enhancing this approach with insights from agency-structure and collective memory theory.  Challenging the conventional wisdom that survival was simply a matter of luck, it highlights the prewar experiences, agentive decision-making and risk-taking, and collective networks that helped the brothers elude the death grip of the Nazi regime. Surviving the Holocaust also shows how one family’s memory of the Holocaust is commingled with the memories of larger collectivities, including nations-states and their institutions, and how the memories of individual survivors are infused with collective symbolic meaning.

"By employing specific "tools of sociological analysis" derived from the life-course, agency-structure, and collective memory literatures, Berger takes the reader on a remarkable (and very personal) journey into holocaust survival research. Highly readable and solidly researched and argued, Surviving the Holocaust will be studied and discussed for some time by general as well as academic audiences."—Bob Wolensky, Sociology, University of Wisconsin–Stevens Point

"Surviving the Holocaust will contribute significantly to the literature on the Holocaust with its sociologically incisive account of human actions….An important work for both Holocaust scholars and sociologists."."—Keith Doubt, Sociology, Wittenberg University

"Using a life history approach, Ronald Berger has written a humane, insightful and sociologically sophisticated narrative of two Holocaust survivors, his father Michael and his uncle Sol. Berger is intent on encouraging readers to seek out the universal significance of the Holocaust"—Peter Kivisto, Sociology, Augustana College and University of Turku

1. Jewish Survival of the Holocaust 2. The Final Solution to the "Jewish Problem" 3. The Prewar and Early War Years in Poland 4. Death and Evasion 5. Surviving the Concentration Camps 6. Wartime Endings and New Beginnings 7. Life in the Promised Land 8. Collective Memories and the Politics of Victimization 9. Jewish Continuity and the Universality of Difference

Ronald J. Berger is Professor of Sociology at the University of Wisconsin-Whitewater. He has published over a dozen books, including Fathoming the Holocaust: A Social Problems Approach, Hoop Dreams on Wheels: Disability and the Competitive Wheelchair Athlete, and Storytelling Sociology: Narrative as Social Inquiry (with Richard Quinney).

This innovative series is for all readers interested in books that provide frameworks for making sense of the complexities of contemporary social life. Each of the books in this series uses a sociological lens to provide current critical and analytical perspectives on significant social issues, patterns and trends. The series consists of books that integrate the best ideas in sociological thought with an aim toward public education and engagement. These books are designed for use in the classroom as well as for scholars and socially curious general readers.