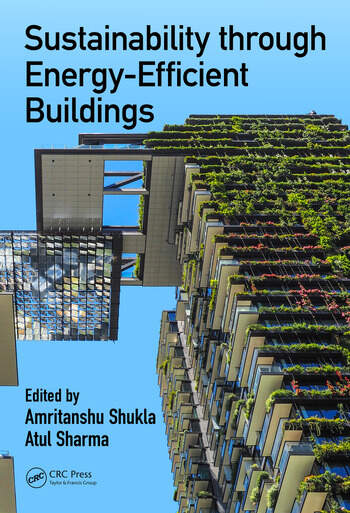 The book covers chapters ranging from introduction to recent technological challenges, case studies of energy-efficient buildings with policy and awareness issues, fundamentals and present status along with research updates and future aspects on topics focusing on energy-efficient construction, materials

Examines application of PCMs in passive heating and cooling in buildings; role of active TES and energy saving potential

Dr. A. Shukla did his masters in Physics from University of Lucknow and completed his Ph.D. from IIT Kharagpur in January 2005. He did his postdoctoral research work at some of the international premier institutes across the globe, namely at Institute of Physics Bhubaneswar (Department of Atomic Energy, Govt. of India), University of North Carolina Chapel Hill USA, University of Rome/Gran Sasso National Laboratory, Italy and Physical Research Laboratory Ahmedabad (Department of Space, Govt. of India). He is currently working as an Associate Professor in Physics at Rajiv Gandhi Institute of Petroleum Technology (RGIPT) (set up through an Act of Parliament by the Ministry of Petroleum & Natural Gas, as an "Institute of National Importance" on the lines of IITs).

Dr. Sharma is currently working as an Associate Professor at Rajiv Gandhi Institute of Petroleum Technology (RGIPT) which has been set up by the Ministry of Petroleum & Natural Gas, Govt. of India. He has published forty four research papers in various International Journals. Sixty-seven research papers published in various International and National conferences. He also published several patents related to the PCMs technology in Taiwan region only. He is working on the developments and applications of Phase Change Materials, Green Building, Solar Water Heating System, Solar Air Heating System, Solar Drying Systems etc. Dr. Sharma is conducting research at the Non-Conventional Energy Laboratory (NCEL), RGIPT and currently engaged with three Department of Science & Technology (DST), New Delhi sponsored projects at his lab. Further, he served as an editorial board member and reviewer for many national and international journals, project reports and book chapters.